Presidency defends N94.5m voted for purchase of bulletproof tyres in the 2017 budget 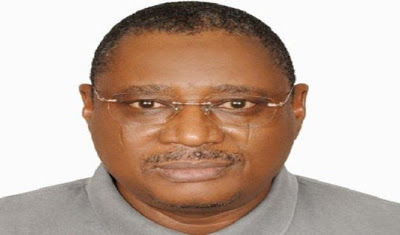 Permanent Secretary of the State House, Jalal Arabi, pictured above, yesterday explained why the presidency voted N94.5 million for the purchase of bullet proof tyres and N604 million for sewage and electricity charges in State House in the 2017 budget.

There is a proposal for the sum of N52.8 million in the 2017 budget. The Committee may wish to be informed that the bills received from Abuja Environment Protection Board (AEPB) for liquid waste disposal for the state House for 2016 is in figure sum of N15.6 million with outstanding liabilities of previous years standing at N37.5 million (totalling N52.8m).

This informed the provision of the same figure amount in the sum of N52.8 million in 2017. We have however, commenced negotiation with AEPB in order to arrive at mutually acceptable charges henceforth” he said.

Presidency defends N94.5m voted for purchase of bulletproof tyres in the 2017 budget was last modified: February 17th, 2017 by Reporter

Ed Sheeran doesn’t have a phone number (and he loves it!)

Nigeria Progresses Whenever Buhari Is Away – Reno Omokri Hails Osinbajo