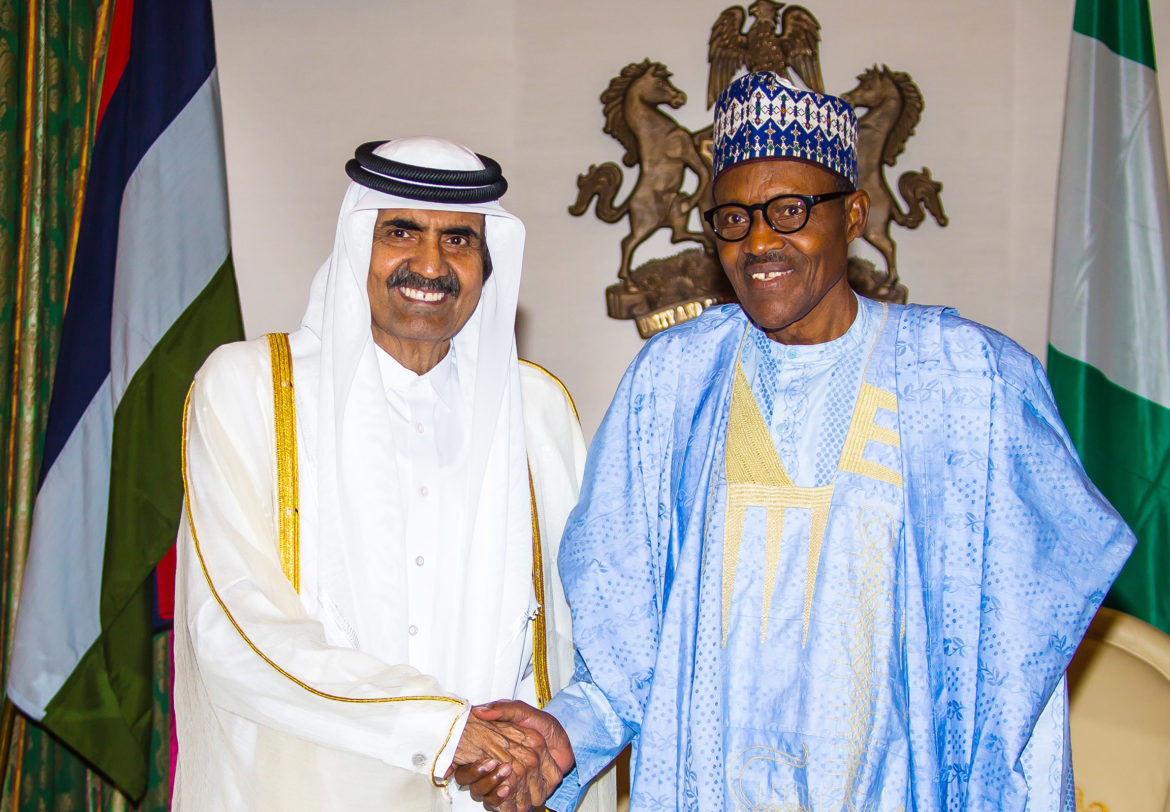 President Muhammadu Buhari has received the Emir of Qatar, Sheikh Tamim bin Hamad Althani, who is on a state visit to Nigeria.

The Qatari leader arrived the presidential villa, Abuja, shortly after noon on Monday.

He was received by Mr Buhari at the forecourt of the president’s office.

The two leaders then went into a closed-door meeting.

Qatar had in December last year withdrawn its membership of OPEC.

The country said it withdrew in order to concentrate on it’s gas production.

Qatar is currently being blocked by its neighbour Gulf nations of Saudi Arabia, UAE and Bahrain.

They accuse the Qatari government of support for terrorist activities. Qatar has denied and rejected the allegations.