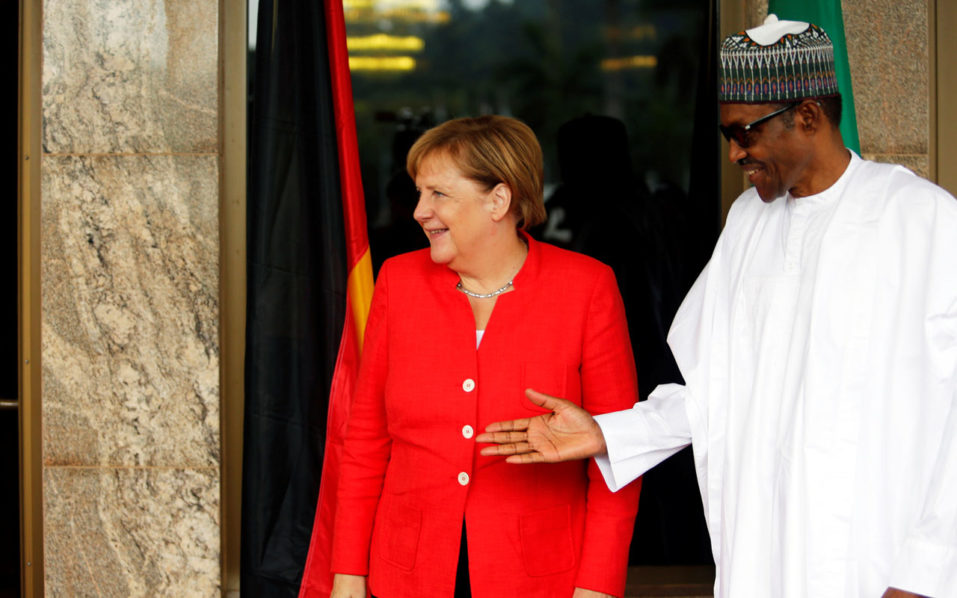 The German leader, who is concluding her tour of three West African countries, arrived Aso Rock at around 10:02 am.

Buhari welcomed the chancellor at the forecourt of the presidential villa and introduced some members of his cabinet and presidential aides to her.

They later went into a meeting.

She was accompanied by members of her economic team.

Merkel’s visit comes 48 hours after that of British Prime Minister Theresa May.

Only 8 CPs Deployed To Osun For Guber Election – Police