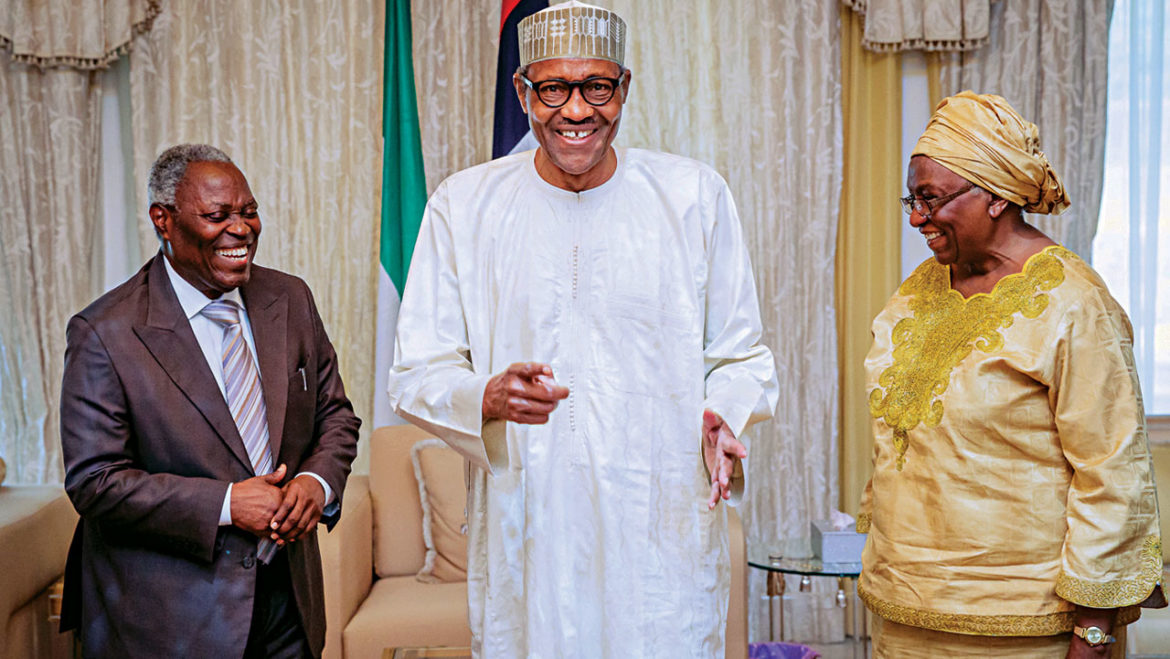 President Muhammadu Buhari on Monday in Abuja said Nigerians must appreciate God for bringing everyone together.

The president stated this when he received the head of the Deeper Life Bible Church, William Kumuyi, at the Presidential Villa.

”God did not make a mistake when he created over 250 different ethnic groups and decided to put them in a place called Nigeria,” Mr Buhari said.

“We must appreciate God for bringing us together. He knows what he was doing. He didn’t make a mistake.”

While describing Nigeria as “a great country’’ endowed with human and natural resources, the president said:

“We have challenges in trying to get people to understand us.

“With my experience as a governor, minister of petroleum, head of state, chairman of Petroleum Trust Fund, I thought I had seen it all, but Nigeria has a way of going at its own speed.

“My morale is raised by your visit. I very much appreciate it.’’

President Buhari recalled what he described as Mr Kumuyi’s “intellectual achievements’’ as a scholar and university lecturer before going into full-time ministry.

He added that he was “excited a great deal’’ for the Mr Kumuyi’s acceptance of the government’s invitation to preach the sermon at the country’s 58th independence anniversary.

“Thank you very much,’’ the president said.

In his remarks, Mr Kumuyi, who leads one of the country’s largest Pentecostal churches, said it was an honour to be received by the President on a busy day as October 1.

He expressed appreciation to the president for his tireless efforts toward transforming the country.

He said: ”Please remain focused and courageous and do what is right.

“Not everyone will support you publicly, but we are praying for you so that your tenure will be one of progress and prosperity for the country.’’

Mr Kumuyi was accompanied by his wife, Esther, and Samuel Afuwape.

Others on his entourage included Chike Onwuasoanya and Seyin Malomo, the Chaplain of Aso Villa Chapel.