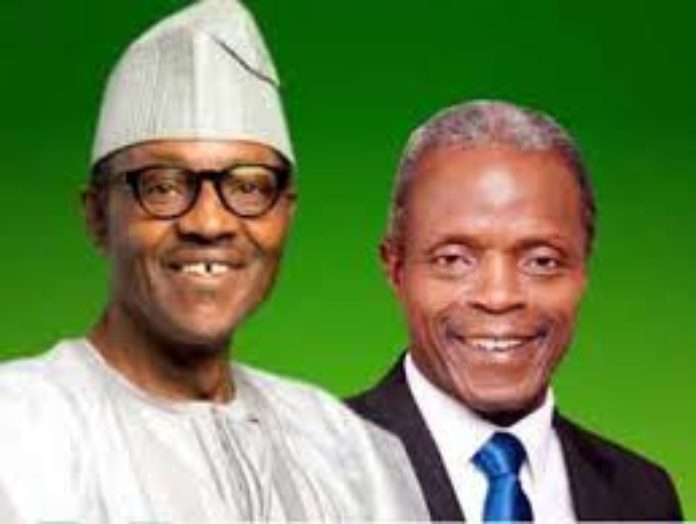 The president said this at the Presidential Villa in Abuja on Friday while hosting a delegation of the Conference of Nigerian Female Parliamentarians.

Buhari is seeking reelection, but it is not yet officially confirmed whether he will run with his deputy.

Responding to the demand of the group for a female vice president of the country, Buhari jocularly said: “It is a pity the VP is not here, but I believe the Secretary to the Government of the Federation will brief him that his position is threatened.”

The president also stated: “It is only the vice president who is threatened. And if we win the next election, he may lose his election.”

Buhari asked the delegation to disabuse the minds of other female politicians from their belief that men are aggressive.

He said men were being fair to them by allowing them to participate in politics.

READ ALSO: IF YOU DON’T SEE BUHARI’S ACHIEVEMENTS, THEN YOU ARE BLIND – PRESIDENCY TO NIGERIANS

President Buhari Seeking To Dump Osinbajo As VP In 2019 Election was last modified: May 25th, 2018 by Damilare Salami