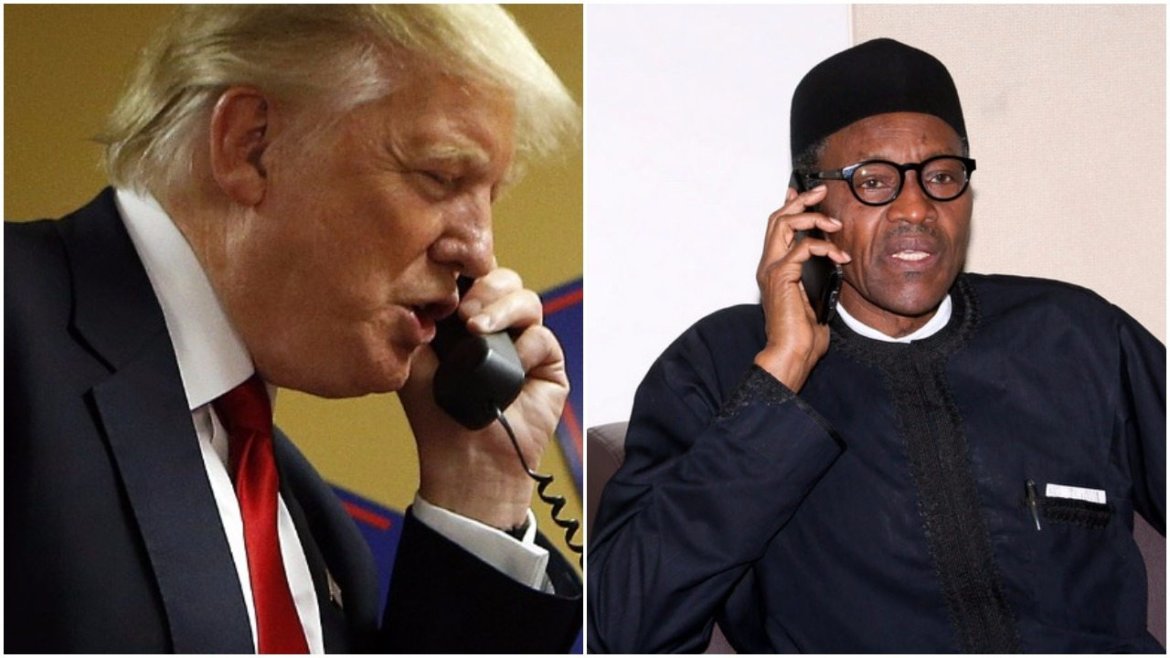 Report has confirmed that the American President, Donald Trump, spoke on telephone with his Nigerian counterpart, Muhammadu Buhari.

The Press Secretary, Sean Spicer, speaking to journalists at a press briefing on Tuesday, in the White House said that the two leaders had a telephone conversation on Monday.

“Before I get into the President’s schedule for today, a quick recap of the President’s activity over the last few days, since we haven’t had the honour of spending so much time together,” Mr. Spicer told reporters.

He then went on to list who and who Mr. Trump met, where the president visited, and who he had spoken with.

“In addition to his in-person meetings with the prime ministers of Japan and Canada, the President also recently had phone calls with the presidents of Tunisia, Peru, Nigeria, Colombia and South Africa,” Mr. Spicer said.

He added that the “Readouts are available on all of those calls. ”

Back home in Nigeria, there were speculations, especially on social media, that the telephone conversation between Mr. Trump and Mr. Buhari did not happen.”

Mr. Buhari is on medical vacation in London. His absence in the country, coupled with the recent indefinite extension of his vacation, has fuelled speculations that he might be seriously sick.

Femi Adesina, The Special Adviser to President Buhari on Media and Publicity had in a series of tweets on Monday disclosed what both leaders discussed.

Mr. Adesina said the conversation was cordial and that Mr. Buhari congratulated Mr. Trump on his election as the President of the United States.

He said the two leaders discussed ways to improve cooperation in the fight against terrorism through the provision of necessary equipment.