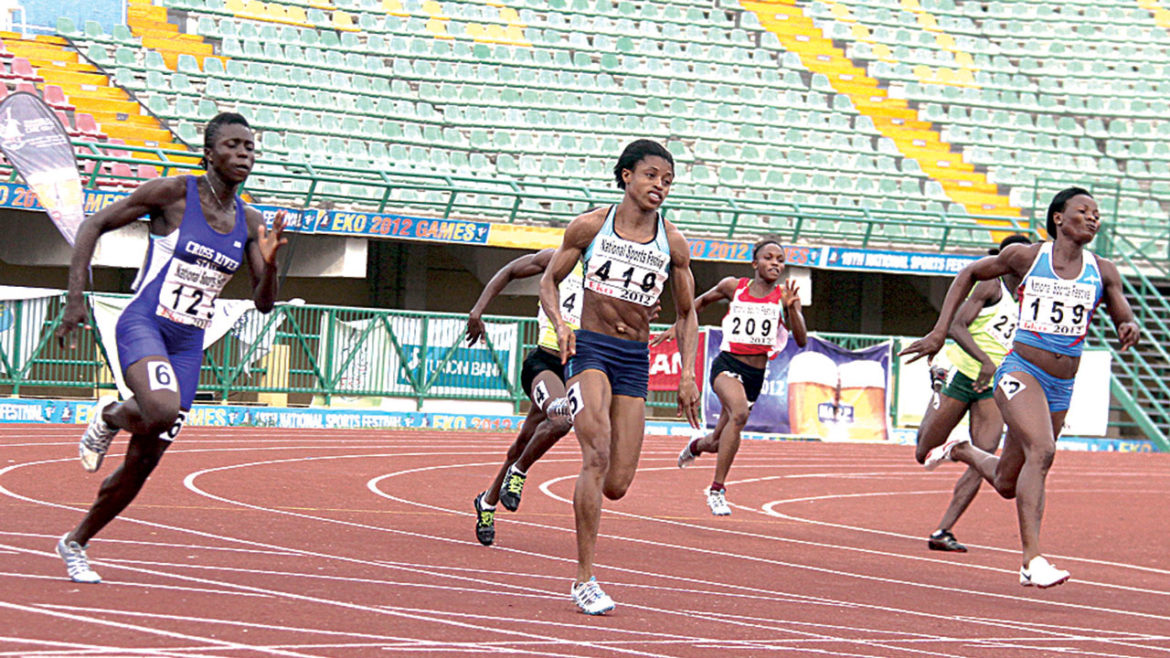 The 19th National Sports Festival commenced at the National Stadium, Abuja on Thursday but some states were noticeably absent.

Top on the list of absentee states was President Muhammadu Buhari’s Katsina State.

Interestingly, President Buhari as the grand patron of the national festival was listed to attend Thursday’s opening ceremony, but he could not; thus, sparing him what could have been an embarrassment.

While athletes from the various states were giving their salutes to the other dignitaries present, there was no form of representation from Katsina.

Kebbi, Kano, Imo, Osun, Kogi and Rivers states were also missing at the event, although officials said the teams from the various states were on the ground and would surely compete.

Organisers have only confirmed the fact that Ebonyi State did not register and show intent to be part of the 10-day multi-sports event.

Also, the oath of adherence was taken by African Scrabble Champion Wellington Jigere from Delta state on behalf of all athletes while Emmanuel Sekolo of the FCT swore that the officials will adjudicate strictly by the laid down Rules and regulation.

READ ALSO: ANOTHER BATCH OF NIGERIANS RETURN FROM LIBYA – NEMA

Kiss Daniel Gets A New Bentley, Months After Buying A Mansion