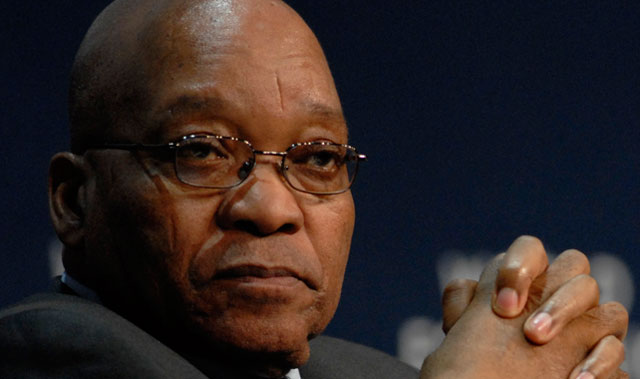 President Jacob Zuma, as Chair of the Southern African Development Community (SADC), has deployed a special envoy to Zimbabwe in light of the developments regarding President Mugabe

The envoy, which will start in Angola, will be led by Defence Minister Nosiviwe Mapisa-Nqakula and State Security Minister Bongani Bongo.

“The Special Envoys will also be sent to the Republic of Angola to see President Joao Lourenco, Chairperson of the SADC Organ on Politics, Defence, and Security, to brief him on the situation,” the Presidency said in a statement.

Mugabe and his family have been under military guard, as the army also took over the state broadcaster earlier, in what many have described as a coup.

“President Zuma spoke to President Robert Mugabe earlier today, who indicated that he was confined to his home, but said that he was fine,” the Presidency said.

It also said South Africa was in contact with the Zimbabwean Defence Force. Zuma reiterated his earlier calls for calm and restraint in Zimbabwe.

Meanwhile, reports from Zimbabwe suggest that dismissed former Zimbabwean Vice-President Emmerson Mnangagwa has arrived in Harare on Wednesday to take control of the country’s government.

Mnangagwa, known as “The Crocodile”, was sacked last week amid a row over leadership in the ruling Zanu-PF. Mnangagwa, a veteran of the country’s liberation struggle against white domination, fled to South Africa after death threats.

Zimbabwe’s military has seized control of state TV and says it is acting against “criminals” surrounding 93-year-old Mugabe, but that the President and his family were safe. Major-General SB Moyo the actions of the country’s defence forces were not a coup. Soldiers, tanks and armoured vehicles are in Harare.

Events have unfolded after the head of the defence forces, General Constantino Chiwenga, warned on Monday that the army would take “drastic action” if factions in Zanu-PF did not stop purges against party members with military backgrounds. Zanu-PF issued a statement calling Chiwenga’s comments “treason”.

Chiwenga spoke after the “G40” faction in Zanu-PF, which supports Mugabe’s wife Grace for succession, promised to purge all allies believed to be supporting the “Lacoste” faction, which is said to be sympathetic to Mnangagwa.