Home News Pressure Mounts On OGD To Be Vice-President
News 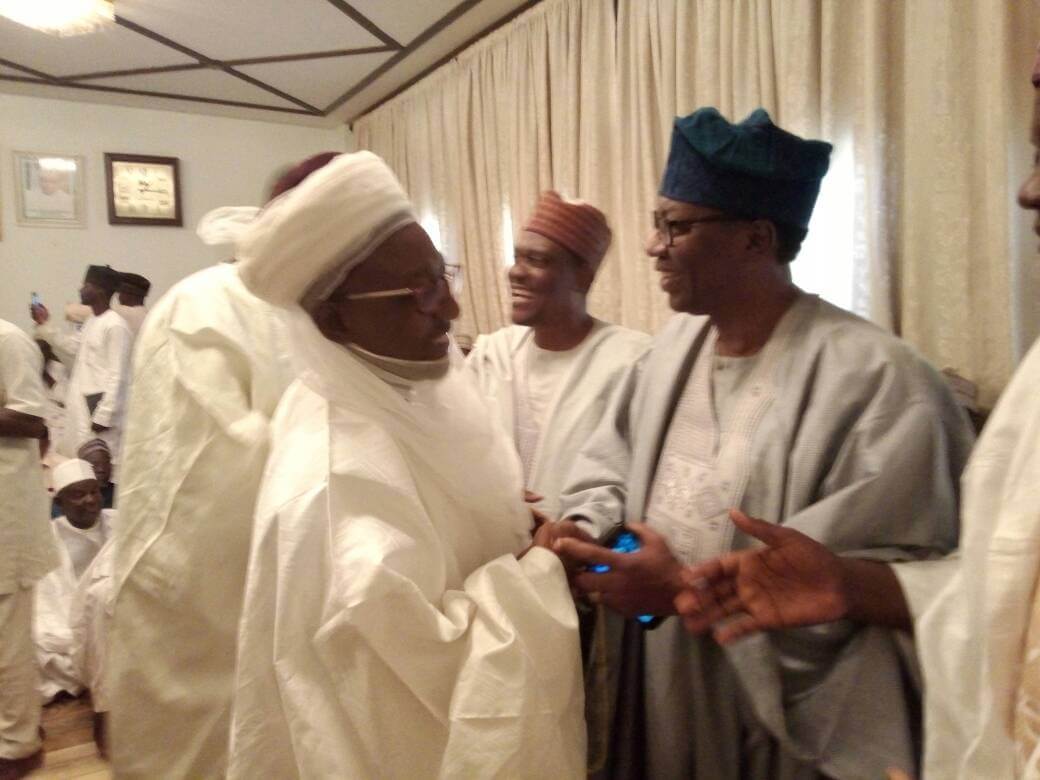 •Will He Accept To Run?
As the race for the Presidency hots up among Northern aspirants in the People’s Democratic Party (PDP), all the top contenders are shopping for who will be their running mate. From the North, the number of top contenders is rising. There is Senator Rabiu Kwankwaso. There is Alhaji Ahmed Makarfi. There is Sule Lamido, to name but three. Many of them seem to be looking towards the South-West.

They seem to prefer to choose a running mate from this zone. This is because of the political permutations within the PDP. Since the PDP National party chairmanship has gone to the South-South and the presidency has been zoned to the North, the focus now is on the South-West. And one of those being seriosuly considered is a former governor of Ogun State, Otunba Gbenga Daniel. He was one of the top contenders in the recent PDP Chairmanship race. During the build-up to the chairmanship election, he stood out clearly as a great mobiliser of men. He was clearly ahead of other contestant. Let’s tell you the story.

Sometime in 2017, OGD with the National Chairman of the PDP Caretaker Committee, Alhaji Ahmed Makarfi, commenced a major tour of the South-West. Many meetings were held with stakeholders and party elders in Oyo State for example. So, intense were negotiations that they soon began to yield fruits. It was to soon facilitate the return of Senator Ladoja of Accord Party to PDP and the same happened to Engr Seyi Makinde of SDP, Sharafadeen Alli of LP and several other major stakeholders who all returned to the party.

The ripple effect of that initiative was such that Governor Ajimobi of Oyo State had to quickly make peace with a former governor of Oyo State, Alao Akala to forestall the imminent return of Akala to the PDP. This initiative was extended to other South-West states, like Osun. In a short while the South West began to look good for the PDP again.

OGD’s campaign for PDP national chairmanship was so massive and intense that people started wondering if OGD, was gunning for the Presidency, which incidentally had already been zoned to the Northern zones of Nigeria. When he formally declared at the Transcorp Hilton in Abuja last year, it was clear that something big was coming. This was followed by an unprecedented nation wide campaign that took the OGD machinery across the nooks and crannies of the country, visiting the leaders and founders of the party and major traditional rulers like the Sultan, Obas and Obis and major opinion leaders across the spectrum.

This terrain appeared to be quite easy for OGD, as people readily recalled how he successfully coordinated the South -West for the electoral victory of President Goodluck Jonathan.
That is why tongues have been wagging right now on where exactly OGD is headed. Locally, in Ogun State, many of the political players are his supporters and they are legion. They would rather have OGD go to the Senate, as it is generally believed that his senatorial aspiration would add value and eventual success in the elections because of his enormous goodwill. Not a few would argue that with his crowd pulling capacity, he is probably still one of the most popular political personalities in Ogun state.

However, nationally, his name has continued to recur like a decimal in the camp of many top presidential contenders as a frontline material for Vice Presidential candidacy, who can add value to the race especially because of his wide network particularly in the South-West and his fabled capacity for organisation and strategic success in his various endeavors. What is, however, unclear is if the PDP would zone the position to the South -West.

That OGD still commands respect became clear when a few days back he held a Thanksgiving Service that was massively attended by over 30 Obas and all the major political gladiators in the South West. It’s confirmed that the recently crowned Akarigbo of Remoland was also on his way there from a previous function, but was stuck in a traffic bottle neck and had to return to his palace after about 2 hours in the traffic jam within Sagamu. Over 100 clergymen from various denominations were in attendance.

That Sunday 28th Jan, 2018, OGD played host at his annual thanksgiving service and Remembrance Aniversary of his father’s death at The Abraham Tabernacle at his Sagamu homestead, which became a scene of traffic jam for several hours as dignitaries from across the length and breadth of the country converged on Sagamu despite the acute fuel shortage, to honour the man, OGD.

Many of the attendees came from far away places like Bauchi, Benue, Borno, Plateau, Anambra, Enugu, Imo, Cross Rivers, Kogi, Ondo, Oyo and Ekiti States. The high point was the sudden appearance of several gubernatorial aspirants and stalwarts across Party lines at the event like. Iyiola Omisore from Osun State, Amb Bejide from Ekiti State, Seyi Makinde from Oyo State, another from Plateau State and virtually all the major aspirants from Ogun State including Hon Ladi Adebutu, Gboyega Isiaka, both of PDP, Prince Rotimi Paseda of UPN and even Sen Olamilekan Yayi of the APC.

Pressure Mounts On OGD To Be Vice-President was last modified: February 5th, 2018 by Reporter