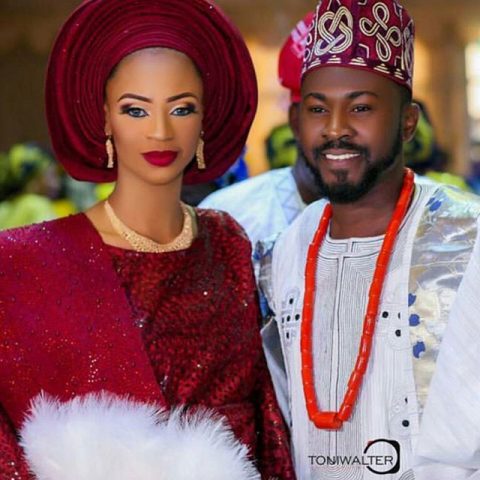 Celebrity women are parties delight any time.When you see them at parties, you can be sure that the party will be lightened up.One of such parties was when Popular Juju musician, Queen Ayo Balogun’s son, Ayojimi married late Anthony and Mrs Christiana Nwaiwu daughter, Jennifer, in a colourful wedding in Lagos.The party was 70 percent full of women, cutswhy? Because Queen Ayo Balogun has many friends tcutacross. Many celebrity women stormed the party in their 180k aso ebi picked for the ceremony.The Aso Ebi package was supplied by popular textile merchant in Lagos Island,A lhaja Morufat Kalejaiye,p opularly known as morkals Fabrics. Almost all the women wore the Aso Ebi because the party was more or less a show of class.The celebrity women are usually the  life and soul of any party because with women,you can be sure of having fun unlimited. 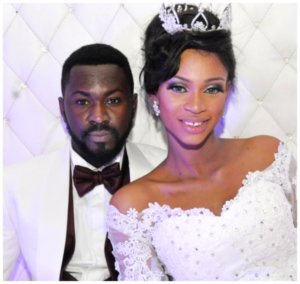 These set of women are big time textile merchant,some are into haulage business, some are upward and mobile career women in top places while others are behind some money spinning companies.They cherish to look good and this was what happened at the party, most of them stepped out in their best attire.

One significant thing about all of them apart from wearing the same outfit is that their neck did all the talking with their expensive jelweries in diamond and gold. First on is the couples mother, Queen Ayo Balogun  and Madam Christiana Nwaiwu. both of them looked astonishing in their red aso oke outfit fit for queens. 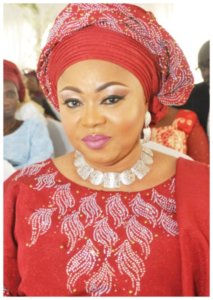 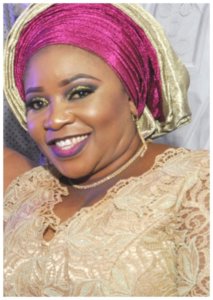 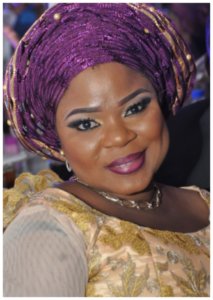 They matched their look up with dazzling diamond pearls alongside beautiful silver shoe and purse. Sighted at the party was Alhaja Morufat who was the aso ebi supplier. Infact she proved it that she is a real society woman with her heavy diamond jelwery and very expensive shoe and bag.Also is Labisi Ojo, another celebrity woman in her 60s who never looks  her age, she had up to 2 tables to her self and was seen attending to guests. She wore the aso ebi in Iro and Buba style and complimented with a simple but nice gold jewelry.

She had fun all through because she was seen dancing at the slightest of sound from the band people.At the party were some set of celeb women who party together, the likes of Lara Akinsanya, Ola Aladesuru, Nana Yakubu who are Queen Ayo Balogun’s best friends.Lara Akinsanya is a popular socialite who sits atop Affordable shopping mall, she is also a big time fabric merchant and runs a catering company as well. She complimented her aso ebi with a lovely beaded gold jelwery. 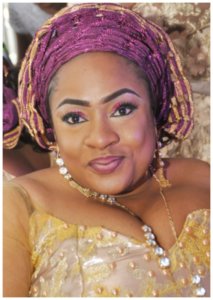 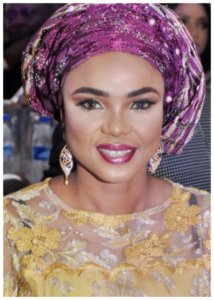 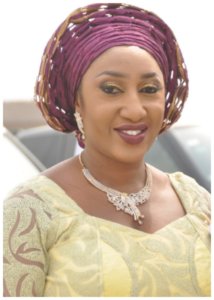 Nana Yakubu is another money bag who loves to live quietly but a sight of her at any party will tell you she’s is an expensive woman,she paired her aso ebi with a gold jelwery likewise Ola Aladesuru who runs one of the popular hotels in Amuwo Odofin area of Lagos. Unto the next is Yetunde Adesanya,a socialite per excellence,always ready to support her friends, she has really changed by looking less her age and more beautiful that you will mistake her for a young lady,she chose a lovely style for her aso ebi instead of the regular Iro and Buba, her style was a statement she complimented it with a lovely choker gold jelwery.she was also seen moving up and down. 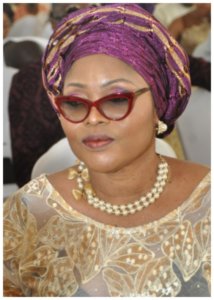 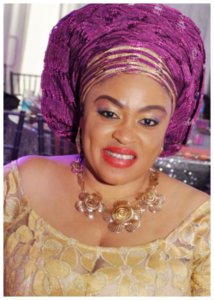 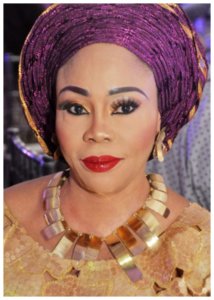 Sir Bolu okeowo’s wife, Adejoke was not left out,the beautiful woman wore a different lace but the aso ebi headgear she wore complimented her look with a lovely gold jelwery. Lekan Osifeso ally,Tola Solomon who is an Abuja celeb woman was the party with Lekan Osifeso, she looked beautiful in her aso ebi as well, she was seated with another society woman, Toyin Kolade who came in later in the evening. Sighted at the party too was Ayo Lawal, the beautiful wife of popular property expert,Yemi Lawal, she wore the aso ebi too. Madam Esther Akinyelure did not also miss the party, the lovely wife of APC Chieftain, Pius Akinyelure looked less than a 70 year old. She looked very young and radiant. Popular shipping magnate, Victoria Hastrup dazzled in her diamond set, not forgetting Lawunmi Bibilari and Lola Adefusika,they are usually a sight to behold at parties.Lola Adefusika did not wear the aso ebi or headgear, her look was totally green and trust her, she knows how to combine her style. 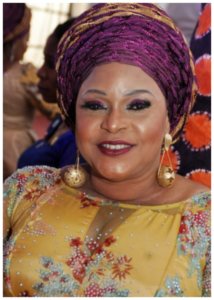 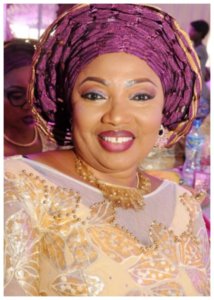 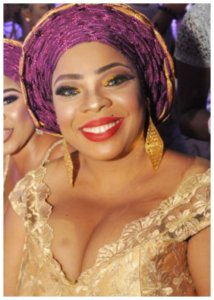 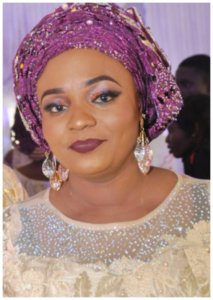 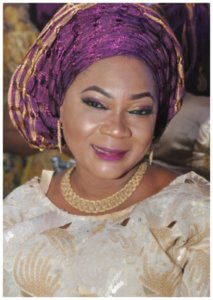 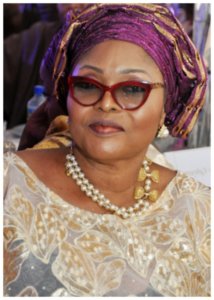 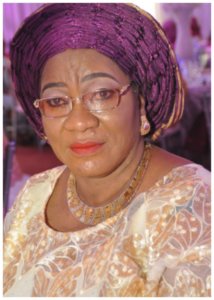 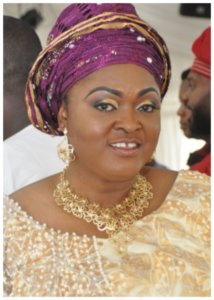 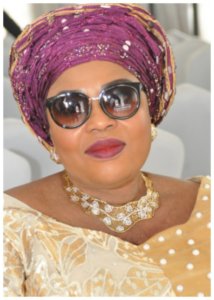 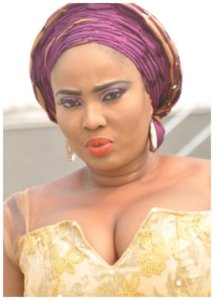 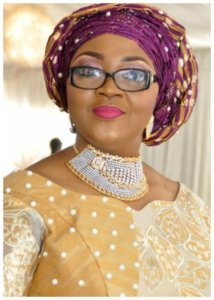 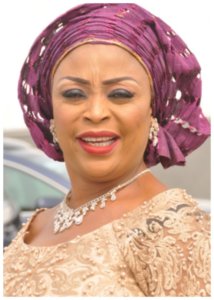 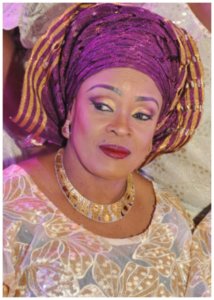 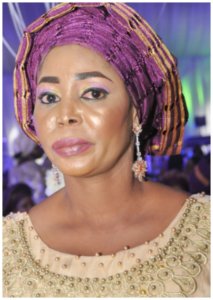