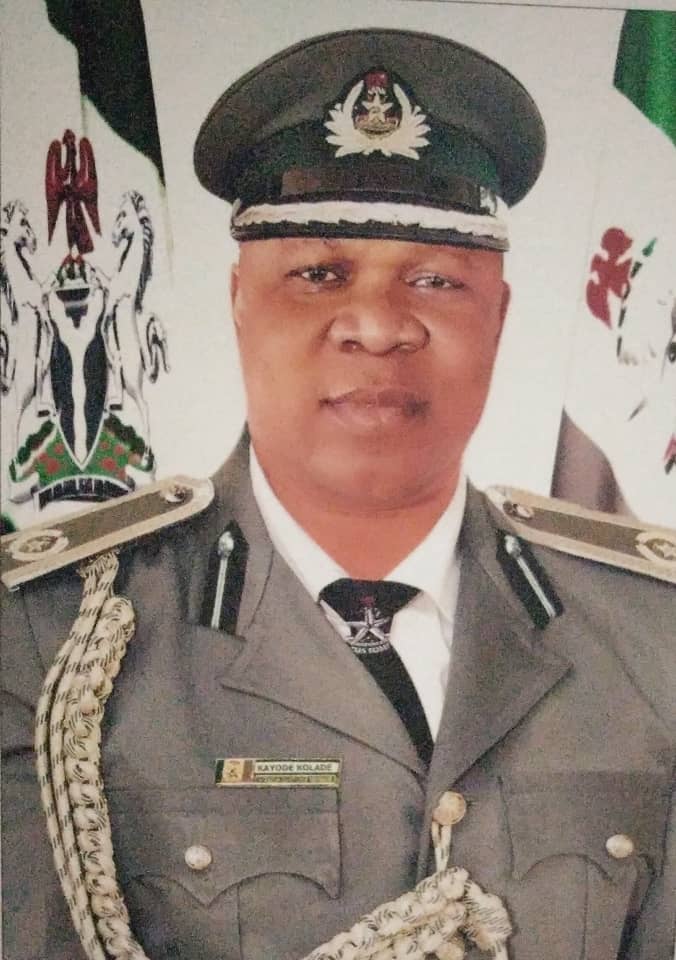 News reaching has just confirmed the promotion of Assistant Comptroller of Customs Kayode Kolade to the rank of Deputy Comptroller of the Nigerian Customs Services.

Kayode Kolade is the husband of Princess Toyin Kolade, Lagos businesswoman and socialite.

It will be recalled that it was barely two weeks ago that the Empress of Lagos Commerce and Iyalaje of The Source celebrated her birthday that was marked with thanksgiving and benevolent acts of charity that saw princess Toyin Kolade giving outreach gifts and palliatives running into millions to the less privileges.

According to an official release by the Nigerian Customs Service,

The Board of the Nigeria Customs Service (NCSB) has approved the dismissal of lmy lone Assistant Comptroller General for act of serious misconduct while another was compulsory retired for act of negligence.

The Board also approved the appointment of five other Assistant Comptrollers and promotion of 2, 634 officers.

A release by the Customs national public relations officer Joseph Attah, a Deputy Comptroller, stated that the decisions were taken at the Board’s 52nd Regular meeting presided over by the Minister of Finance, Budget and National Planning and Hajiya Zainab Ahmed, who is also the board’s chairman.

Commenting on the exercise, the minister posited that the decisions were meant to ginger and move the Service forward in-terms of manpower and operations.

According to the release, 205 out of the 2,634 are Support Staff who also enjoyed promotion to various ranks.

” In-line with the reform agenda, the Board took some disciplinary actions against two Senior Officers. ACG Aminu Dahiru was dismissed for act of serious misconduct while ACG Bashir Abubakar was compulsorily retired for act of negligence.

The Hon. Minister described the NCS as “Making Progress” and expressed the hope that the coming of the e-Customs will help improve NCS operations”, the release read in part.

HOW TV DOYEN, JULIE COKER, WILL CELEBRATE HER 80TH BIRTHDAY