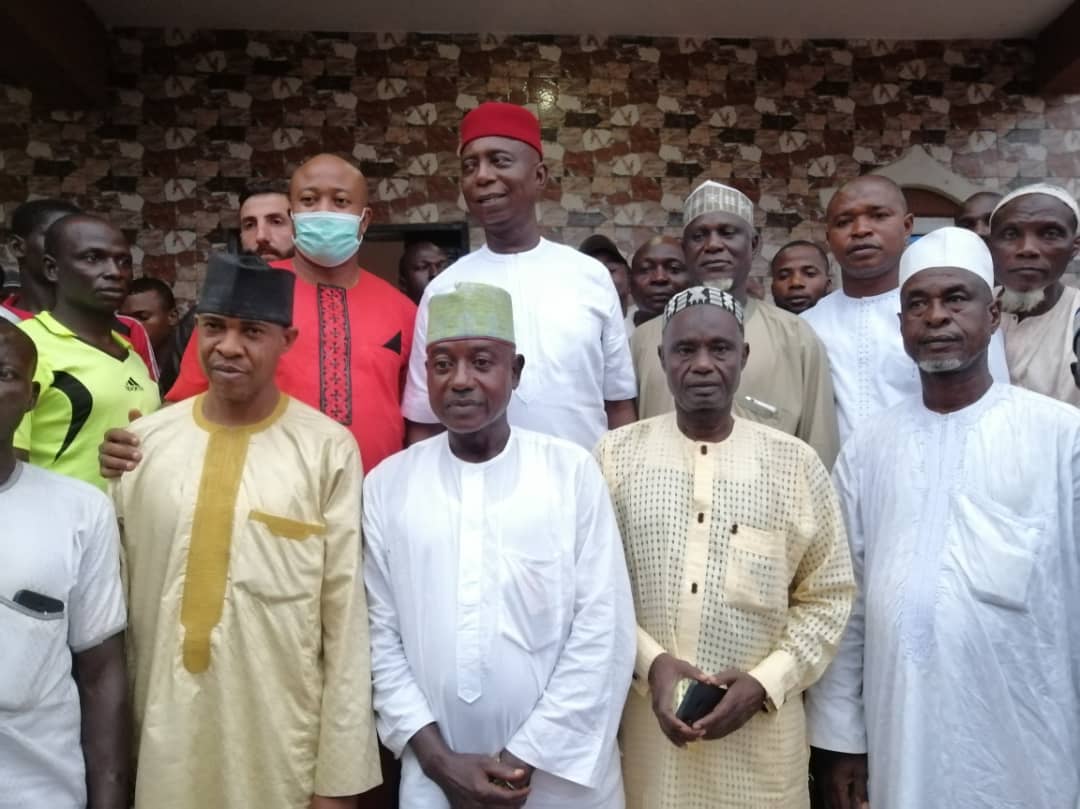 The Star Prince of Anioma, Hon Ned Munir Nwoko who is the principal donor of the central mosque while addressing Muslim Faithfuls who were present at the worship Centre , said he’s impressed with the numbers of worshippers turned up massively to show their love for Allah.

The Philanthropist reaffirmed that Islam is a religion of Peace, which is always expressed in their greeting “As Salam Alaekunm waramotullah wabarakatuhu” which means Peace be upon you.

He further stated that the teachings contained in the Bible and the Tura were nothing different from the teachings in the Holy Qur’an, stating that they all pointing in thesame way, humans to return to their maker in a pure and holy state.

The former Lawmaker, Ned encouraged all the parents present at the opening ceremony to always get quality education, and in the areas where parents felt they were too old to acquire education, they should instill in their children the need to obtain quality education at the higher level if possible.

Prince Ned Nwoko before leaving the venue, took part in the Friday prayers, where the Imam and other Muslim leaders in the Arewa community made supplications to Allah to prolong his life and reward him for the benevolence act he showed to them, by assisting them with the construction of the mosque. The P.R.O of the central Mosque ALH ABDULLAHI SULEMAN said that what Prince Ned has done is unto Allah and Almighty Allah will reward him. Prince Ned Nwoko was accompanied by some Nollywood Actors and actress.