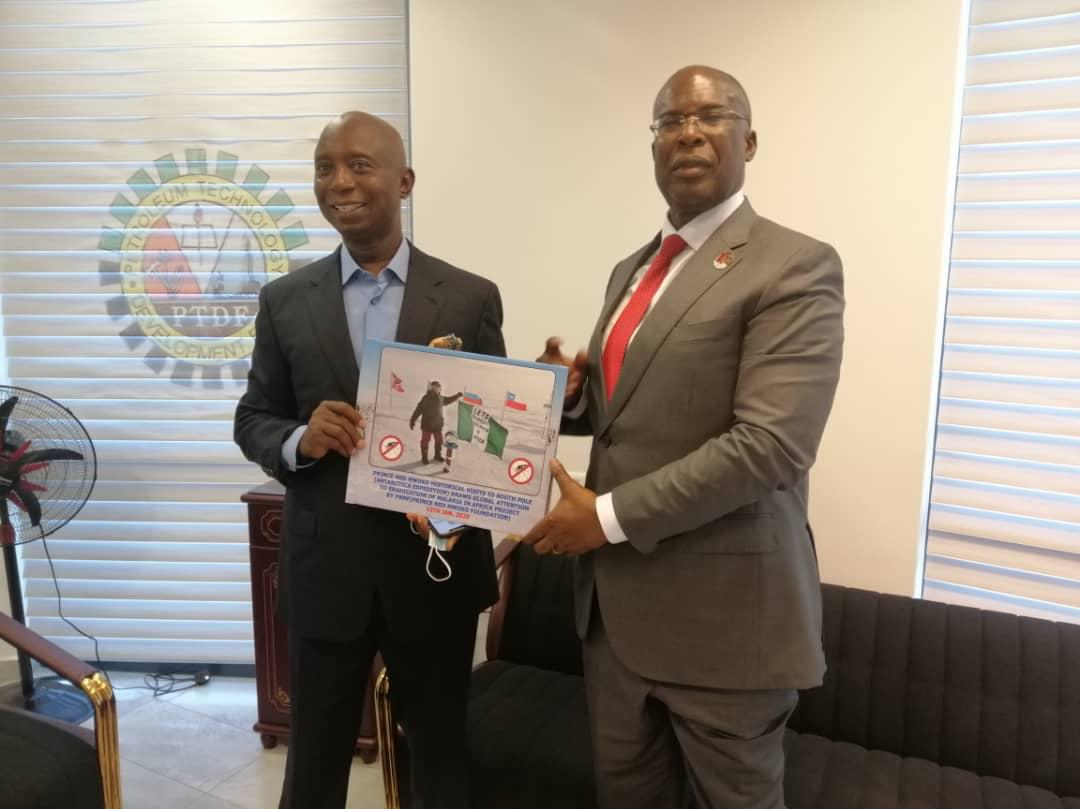 The Minister in his Response, pledged his support and acknowledged the fact that there is a need for Nationwide Clean up and Sanitation.

Prince Ned also shared his Antarctica experience with him and explained the need for ratification of the Antarctic treaty.

The President of Prince Ned Nwoko foundation, Hon. Ned was accompanied by the project coordinator, Mr Chukwuebuka Anyaduba and Special Assistant to the Governor of Delta State, Dr Michael Nwoko.