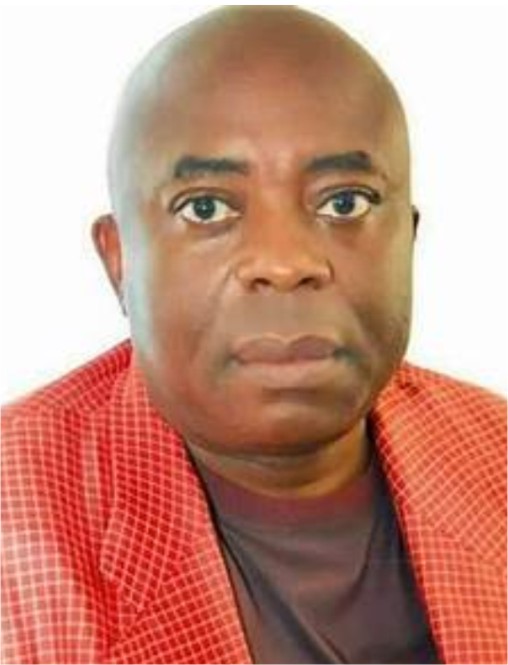 A former Mayor of Port Harcourt and member of All Progressives’ Congress-APC-in Rivers state, Prince Nnamdi Wokekoro, was finally interred in his room at his private estate known as IKWERRE 1st HAVEN.  It was a wet day for the corpse as heavy rainfall welcomed his over 2-years remains. He died on 12th of December, 2017 at Kesley Harrison Hospital located, no. 11 Emenike Street Mile One Diobu Port Harcourt.

The remains were handled by the undertaker known as HEAVENS GATE that has its head office at Old Aba Road, Port Harcourt, Rivers state. By 12 noon, his remains were taken to his Rumukalogbor country Home IKWERRE 1st HAVEN, from there the hearse was driven to his family House at Orogbum community along Ogbum-nu-Abali Road in Diobu axis of Port Harcourt. It was later taken to the City Council headquarters where he had presided as Mayor from 1999 to 2002 having won the election on the platform of the People’s Democratic Party-PDP.

The prayer session was brief as the APC Rivers state chapter laid its wreath on top of his mahogany-colour casket. As Ojukaye Flag Amachree, the unofficial APC State Chairman performed the above ceremony, Mr Larry Peple a former Chief Security Officer to ex-Governor Peter Odili laid another wreath beside the casket as he paid his last respect to the late Prince Nnamdi Wokekoro without any word. The exquisite choir led by Engr. Jolly Nnodi performed several renditions, while a live band complemented in that regard.

The entire ceremony at Polo Club Playground Port Harcourt was an All Progressives Congress-APC’s event while with the leader of the party in Rivers State Rt. Honourable Chibuike Rotimi Amaechi and his pretty wife, Mrs Judith Amaechi in charge. Others from People’s Democratic Party-PDP in particular, Brother Felix Obuah, was there as he removed his hat and bowed while shaking hands with Chibuike Rotimi Amaechi.

It is not surprising that the late Prince Nnamdi Wokekoro was a traditional chief of Orogbum in Diobu community. He begot 8-sons and he was survived by 2 brothers Welimati Wokekoro and Nnamta Wokekoro with Master Amadi Wokekoro. He was born on the April 23rd, 1963 and died on 12th of December, 2017.  His First Lady, while he was Mayor of Port Harcourt Lady Nkeiru Ogoloma, nee Wokekoro, was all dressed up in a traditional gear with traditional cap and black blouse with thorny short sleeve. Her attire was that of a regent.

The 54 years old politician was a well-known traditional ruler: ”IKWERRE 1 OF Ikwerreland” and he never joked with the exclusive traditional title having acquired more than 20 chieftaincy traditional titles across Nigeria, from Rivers, Imo, Taraba, Enugu states. He was honoured in Yorubaland and also in the North. But IKWERRE 1 of Ikwerreland became a template with which he had special numbers plate for his expensive luxury automobiles which he neatly parked in his IKWERRE 1’S HAVEN mansion.  After being crowned Ikwerreland 1 of Ikwerreland land, the late Prince Nnamdi Wokekoro expanded his influence as he later became deputy Publicity Secretary of All Nigerian Peoples Party-ANPP, in 2003 while the late chief Marshall Harry was the  South-South National Vice Chairman before his sudden murder in Abuja on February 2003.

Why I Have Returned To Acting After My 10 Yr Break – Popular Actress, JUMAI JOSEPH