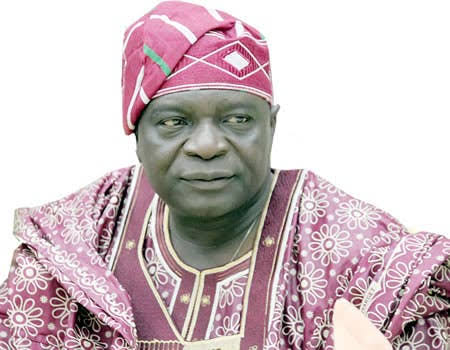 One of the most active and serious-minded contestants for the governorship of Osun state ahead of the 2022 gubernatorial tussle, Hon. Sanya Omirin has described the choice of former governor of Osun State, Prince Olagunsoye Oyinlola as the best decision ever made so far in the history of Nigerian political space.

Omirin who made this statement while reacting to the issue of the party’s national chairmanship contest in Osogbo recently which was made available to the press said “the choice of Prince Olagunsoye Oyinlola will remain the best thing ever to happen to partisan politics in the history of Nigeria because his emergence will bring about assurances of accountability, probity, sincerity, dedication, and fear of God at all levels of the party’s administrative structures.

Omirin added that Prince Oyinlola is a symbol of sincerity, honesty, and fear of God. In his words, Omirin said, “those of us who worked with him when he was the governor of Osun State are still afraid of being labelled with corruption stains while in office because he tutored us that the best way to leave peacefully after leaving office was to avoid being corrupt while in office and that remains our watchword.”

Hon. Omirin added that from councilorship up to governorship position in Osun State, Prince Olagunsoye Oyinlola made sure that all appointees and elected officers of the party are corrupt-free when he was in charge and the traits are still there for him to put into practice if given our mandate which is why we must all give him our maximum supports.

According to Hon. Sanya Omirin, all political appointees in his government were taught to be prudent while in public office because the governor let them understand that they were only privileged to be in the position of authority, he instilled in them the fact that they were wherever they were there by God’s providence, there were many more qualified people out there and by that they should not forget that they are only holding power in trust for the society.”

Omirin opined that it will be the best decision ever for the leading opposition party if Prince Oyinlola can be allowed to become the National Chairman of the party because of the negative campaigns of calumny through negative propaganda machinery “of being a corrupt political party” which the ruling party had used over the years to stigmatize PDP,” adding “that will be a thing of the past because Prince Oyinlola is known to be scared stiff of anything that will dent his name or which will paint him black among his lovers.”

Sanya Omirin added further that in the history of Nigeria, no other governor had taken that step of boldly presenting himself with details of how he administered the government of Osun state from inception till his last day in power to the Anti-Corruption probe panel the way Oyinlola did when Ogbeni Rauf Aregbesola took over from him.

He informed the media that the probe panel that was set up by Ogbeni Aregbesola to put Prince Oyinlola put to shame because ACN members then thought he had a skeleton in his cupboard were themselves disgraced for chasing shadow.

It will be recalled that the probe panel that was intended to probe Oyinlola’s government had to abruptly wind up its investigation for want of evidence.

“Oyinlola is the type of leader we need at this time as national chairman of our party if truly we need to get good leadership and gain trust and confidence of Nigerians to vote our party into power.” Hon. Sanya Omirin concluded.