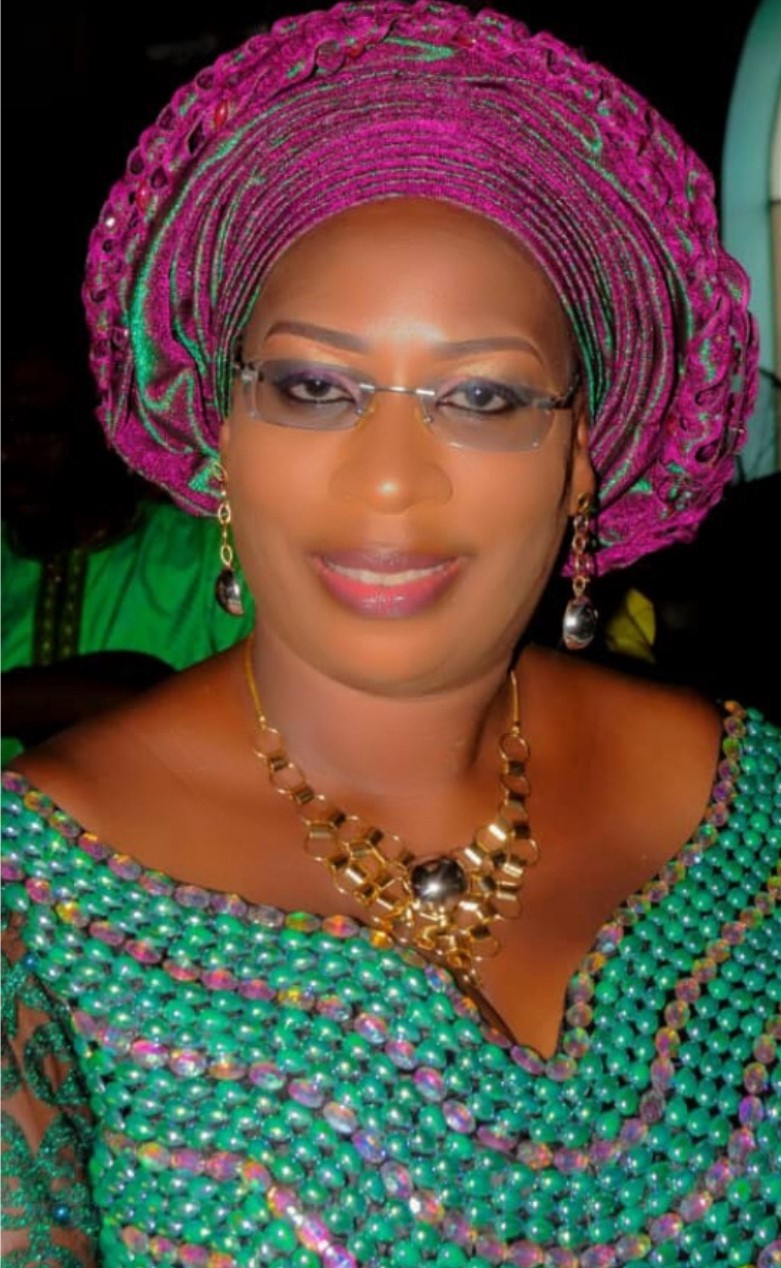 •The Blow By Blow Account Of The Grand Burial

The families of Keyede and Odeyemi-Sajuyigbe would not quickly forget the 29th and 30th of March, 2019, in a hurry because it was picked to lay their beloved aunt, mother, grandmother, great grandmother, Oloori Alice Olabisi Sajuyigbe (1934-2018), who slept in the Lord on Thursday, 15th November 2018, to rest. It was a celebration of a life well spent because the late Alice spent 84 years of her life serving God and humanity by making impact on people’s lives. The whole of Ibokun community in Ijesha, Osun State literally stood still for 2-days as it witnessed a huge influx of dignitaries, who travelled from far and near to celebrate with the families and witness the royal burial.

Did we tell you that Oloori Alice Sajuyigbe married into the Ruling House of Ose in Ibokun?  Yes, she got married to the late Prince Emmanuel Abiodun Odeyemi-Sajuyigbe. The funeral arrangement started with a lying-in-state and Christian wake on Friday 29th March, 2019, while the funeral service, was held on 30th March, 2019 at St Peter’s Church, Ibokun of Ilesha Diocese Church of Nigeria (Anglican Community).

The funeral service started exactly at 10 am as the remains of Oloori Alice Olabisi Sajuyigbe was received in the church. Scriptural reading and processional hymn followed immediately. The sermon of the day was delivered by the vicar and Archdeacon, Ibokun Archdeaconry, Ven. E.O.Odekanle. He preached about life, death and eternity. He spoke on how dedicated Mama was to the things of God even in her old age. He also mentioned that the deceased was generous to a fault that she could give out her eyes if someone needed it. She cared for the needy around her without knowing their families.

Her dedication to the things of God earned her the title of Matron (Iya Egbe) of many societies in the church and headed numerous Organisations in the community. The venerable spoke on how Christians should emulate Christ in the lives of saints that have passed on and that Mamas life was worthy of Emulation. He admonished the congregation not to be weary in doing good things and also prayed for the families of the deceased requesting God to give them the fortitude to bear the irresplaceable loss.

The children, grand children and great grand-children had a thanksgiving session for helping their mother live a great life full of impact and good works. A special rendition was composed for the deceased by the Choir members of St Peter’s Anglican Church, Ibokun because her impact on the church and humanity could not be over emphasized. The members of the Chartist Apostolic Church Agbala Itura in Ibadan came en masse to support one of their own, Evangelist Betty Mosun Olukotun.

Lady Evangelist Betty Mosun Olukotun, who is the first daughter and eldest child, gave the vote of thanks on behalf of the family members. She also used the medium to express their gratitude to God, who made the day a success and chaos free and also to pastors, bishops, venerables, choir members and the congregation who honoured them with their presence. She expressed the family’s profound gratitude to all who made personal visits, phone calls, moral and financial assistance to families since the demise of their beloved mother. She prayed that God would reward every labour of love and that men would arise for them in times of need.

The processional hymn was rendered and the undertakers carried the coffin in procession as choristers, pastors and congregation followed. The interment followed after the church service and the rite of dust to dust was performed. Mama was finally laid to rest to join her fore-fathers. Committee of wives from the ruling families dressed in white and purple sang alongside the undertakers to finally lay Mama to rest.

The reception took place at St Peters Anglican Primary School field shortly after the Interment. Gbenro Opeyemi popularly known as MC Wonderful anchored the event and started by introducing the dignitaries present. Pastor Zacheus Oloba, who represented Baba Abiara from United Kingdom led the opening prayer.  The Mc took over by literally cracking guests, ribs, throwing banters and jokes that got them laughing all through.

Popular Gospel Musician, Femi Solar and SBJ Band were on the band stand and they entertained guests, with songs. The master of ceremony called out the children and family members of the late Oloori Alice Sajuyigbe and they danced on the stage in turns.

Evangelist Betty Mosun Olukotun looked gorgeous in the Olive Green Aso Ebi and a fitting head wrap as she danced to the stage in company of members of Christ Apostolic Church, Agbala Itura headquarters in Ibadan. Prince Femi Sajuyigbe and Prince Kanmi Sajuyigbe also danced in company of their friends and family member from far and near. Princess Ronke Adisa is a bundle of beauty. She looked stunning in unique style of the olive green lace. She also rocked a well-placed gear like royalty that she is. She danced to the stage in company of her family members and guests from Ibadan, Lagos and overseas. They sprayed them crispy naira and dollar notes as they rounded off the event.