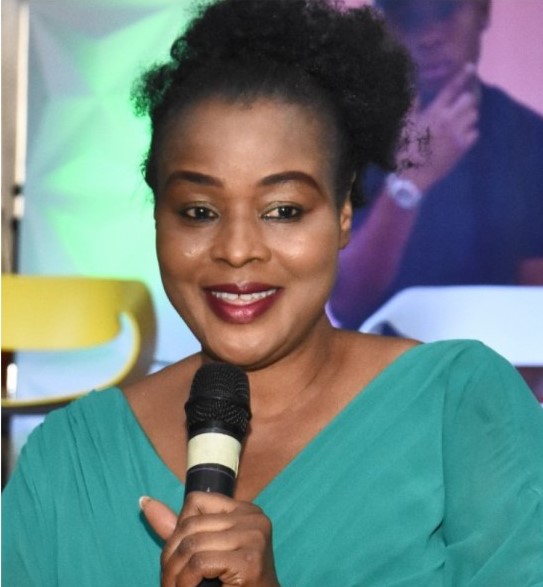 •As His Foundation Holds 2019 Empowerment Summit

Nigeria, no doubt, is a country full of potential, huge dreams, undeterred businessmen, fertile environment for business and huge opportunities to create wealth if well tapped. But the truth has always remained that there are several factors working against many entrepreneurs from achieving their dreams and the support from the government is definitely not enough to lift over 100, 000, 000 people out of quagmire of poverty. On Friday, September 13, 2019, at the Victory Place in Ikeja, Lagos, the story was however, different for another set of 30 entrepreneurs who were empowered by the Prince Michael Atobatele Foundation (PMAF) and were positioned to not only achieve greatness but also make more entrepreneurs from the little they have and make the world a better place for themselves and the people around them. The dream of the  PMAF is to create a world where every person is living and working to his/her full ability and it is achieving the objective by helping them discover their potential and at the same time supporting them in bringing change to the world. City People’s DAMILARE SALAMI was at the event where some of the finest entrepreneurs and business coaches were present to teach the new business owners the realities of business survival in Nigeria. The theme of the event was: ‘BEYOND EDUCATION’ and here are some of the juicy parts of the day for your reading pleasure, enjoy.

The Prince Michael Atobatele Foundation PMAF was set up to contribute to the socio-economic development by inspiring an entrepreneurial mindset among the less-privileged youths; challenging them to aspire to greater heights and empowering them with necessary skills and platforms to actialise their dreams. It is a family foundation with private-public funds dedicated to help young, talented Nigerians to achieve great success through entrepreneurship. PMAF was established by the Atobatele family after the demise of their son, the late Prince Babatunde Michael, whom the foundation was named after. The Foundation was founded in 2017 and to date, it has raised about 90 entrepreneurs, who are doing well in their own chosen career and has also become employers of labour.  Some of the activities of PMAF to reach its target audience include The Lagos Fashion Show, Empowerment of the youths, Partnership with International Organisations, Adopt a child programme, feeding the less privileged and visit to the motherless homes, Scholarship awards.

WHO IS PRINCE MICHAEL ATOBATELE?

Prince Babatunde Michael Atobatele a.k.a UZII was born on June 23 1994 and he died at a very young age of 22 on September 11, 2016, during his compulsory NYSC scheme in Lagos. Though young, Prince Michael had a heart of gold, passion for the less privileged and has touched many lives unknown to his parents. UZII as he was fondly called by his friends and fans was passionate about fashion and the entrepreneurship in him induced his collaboration with friends establish garmspot.com an online platform for new generation to fashion brands to sell their products worldwide. Michael was extremely committed to contributing his quota to making Nigeria great again. He always believed that the limitation of our environment should not define our personality. He strive to build something that was bigger than his age and he was ready to take the first step to achieving his dreams either anyone believed in it or not. Michael was not just a giver, he was touching and transforming lives in his little world unknown to many. He was an unsung hero, unannounced philanthropist, a lover of people. He hated seeing anyone in need and had the passion for seeing people smile always. Death was not victorious because Prince Babatunde Michael Atobatele lives in the heart of the many lives he has touched.

Mrs Lai Koiki is the chairperson of PMAF and she read the keynote address on the day. Though unavoidably absent, she was represented by Mrs Okekri. Her address was an expression of gratitude for a short well-spent life for humanity and has left a legacy and dream. Uzii’s life accomplishment is what the foundation is all about. There is a need to reach out to the less privileged no matter how little, she concluded.

NIGERIA’S HEALTHCARE SYSTEM IN A SHAMBLES

One of the focus of the PMAF is to keep mentioning how terrible the Nigerian health system has become until the government wakes up to its responsibilities and reduce the health pilgrimage Nigerians do regularly. Princess Oluwatoyin Atobatele while recounting her ordeal during the dying period of her dear son, Prince Michael, revealed that Uzii wouldn’t have died if he was not in Nigeria because the basic health facilities would be in place. She further reiterated that the members of staff of the Lagos University Teaching Hospital, LUTH were keen on getting money instead of giving first aids to dying patients and that was what led to the death of her son. Michael went into coma for six days and passed on thereafter simply because of the carefree attitude of health workers at both Lagos State University Teaching Hospital, LASUTH and LUTH. For this reason, PMAF will start making noise about the dwindling status of the health sector, she stressed.

The summit went well for everyone in attendance as all entrepreneurs in attendance and every other person testified to having benefited from the deliveries by all the resource persons in attendance. Mrs Clara Kolade spoke on organisation and business etiquette, Barrister Olubukola Marquis spoke on business registration and business law and she encouraged all entrepreneurs to ensure that no business starts without being duly registered. Mr Olaoye Curtis spoke on how to start one’s own business, Mr Segun Banjo, a social entrepreneur delivered a brief lecture on how to enhance and grow one’s business, using the appropriate social media space, while Mr Biodun Folawiyo, the CEO of Shoe Speed, encouraged starters on how and the need to expand businesses. Fast-rising designers, Olanrewaju Olatunji a.k.a Larry O’Black and Magaret Bakare, CEO MCB Apparels, who were former winners of the PMAF sewing competitions and beneficiaries of the PMAF also gave their opinions to aspiring entrepreneurs.

Delectable Nollywood star, Ayo Adesanya, who recently clocked 50 was also present to show some love for her friend and former school mate, Princess Toyin Atobatele and the PMAF.

Olanrewaju Olatunji, Larry O’Black participated in the PMAF sewing competition in 2017. It was his first sewing competition ever, but he luckily emerged one of the winners and got a sewing machine for his efforts. “I have trained four other entrepreneurs since 2017 and I’ve got more encouragement from Princess Toyin Atobatele since then. I have a registered business and an industrial machine, growth has definitely come to my business; all thanks to the orientations I got from PMAF trainings,” he said.

Magaret Bakare, a fast-rising fashion designer benefited from PMAF in 2018. Being an entrepreneur is only easy with a lot of endurance and tenacity, she said. “I got my machine from PMAF, and I’ve been able to make ends meet after the empowerment. I have four apprentices now and I have added more sewing machines to the one PMAF gave me last year.”

30 winners emerged from the sewing competition organized by the Prince Michael Atobatele Foundation, PMAF. The competition which held at the Women Development Centre (WDC) in Lagos was set up for youths to showcase their creativity and also get an opportunity to be empowered for a better life. The winners went home with brand new sewing machines and had the opportunity of having a handshake with the Iyaloja- General of Nigeria, Mrs Sade Tinubu-Ojo, who also presented gifts to the winners.

The winners of Michael Atobatele football competition organised for 24 secondary schools in Lagos were also present at the event to get their cash gifts. Caleb International School, Magodo, emerged the winner of this year’s competition and went home with a sum of N50, 000:00. Landmark College in Ikorodu which came second got a sum of N30, 000:00. The and 3rd place went to Omat College Ikorodu and Nigerian-Turkish International School. Both got N20,000 and N10,000 respectively.