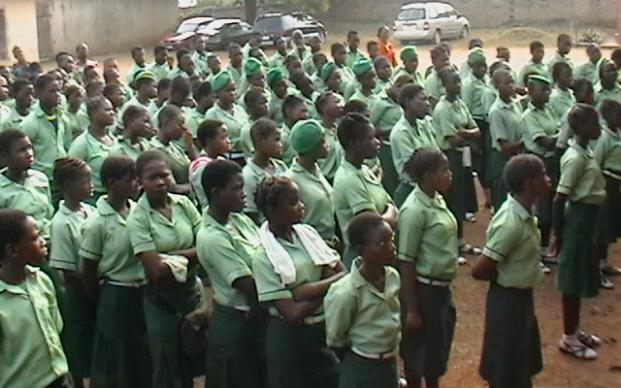 The government said some private school owners attacked their enumerators and also refused to present their teachers and pupils for the audit exercise in their schools.

Executive Secretary, Universal Basic Education Commission ( UBEC ), Dr Hamid Babboyi, stated these in Abuja when he led management team and the Chairman Governing Board of the Commission, Dr Mohammad Abubakar, to monitor the exercise in some schools in the Federal Capital Territory, Abuja, on Tuesday.

He stated that reports by its field enumerators showed that some private school teachers in the FCT had refused to turn up for enumeration, and in some cases threatened the UBEC officials with arrest and lock out.

Dr. Bobboyi, assured that the ongoing nationwide personnel audit of primary and junior secondary school was aimed at generating reliable data for the repositioning of basic education in Nigeria,

He denied claims that the audit exercise was for taxation purpose.

“We are very happy with the progress that has been made. We have to understand that this is the first time in the history of the personnel audit where private schools have been included in the entire process.

“Initially, in the last two decades it has always been for the public schools. But we felt that without getting data from the private sector and putting all these together to see the kind of education our children are receiving; the number of schools, understand the teachers, and enrollment, we cannot get it right.

“Generally, we need this information and I think it is something we should be very happy about including the private schools in the exercise,” he said.

The UBEC boss said data from the personnel audit would allow the federal government plan for the basic education sector which was facing severe challenges.

The Chairman of the Board, Dr Abubakar, in his remark said the exercise was a huge success in public schools but met resistance in some of the private schools its officials visited.

He noted that some of the private school proprietors erroneously believed that the exercise was intended to aid the government in taxation or something to do with their quality of education in their schools.

“At this point that is not what we are looking out for. We are looking for information to obtain data for purpose of planning and this data will not be complete without data from the private schools as well as the public schools,” he said.

Omuta, however, explained that she has been working with UBEC officials to educate them on the urgent need to participate in the exercise since it would enable government come up with policy direction to revamp basic education sector in the country.

5 kidnappers to die by firing squad in Adamawa