Producer of ‘Behind the Clouds’ Paul Emema dies at 52 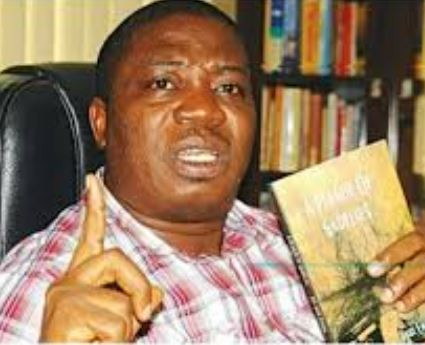 Paul Emema, the producer of `Behind the Clouds’ has died at the age of 52 after a brief illness.

The producer who is known for his act producing soap operas like ‘Behind the Clouds’ and ‘Supple Blues’was confirmed dead on March 12.  According to reports, Emema’s death was announced by one of his friends and colleague, Francis Onwochie in a message.

“Yesterday, I received a call from Ada his long-time business development officer. I called Mahmood Ali Balogun our mutual friend and we both visited his house last night at Ago Palace Way Okota, ” Onwochie said.

Emema a scriptwriter, director, and producer, whose ailment was undisclosed, became a point of reference in filmmaking.  Emema being a filmmaker came to limelight after the production of the hit soap opera, ‘Behind the Clouds,’ for the Nigerian Authority Television.  He later went ahead to produce ‘Supple Blues,’ which was well received by the television audience.

Emema’s biggest movie production was the biopic on Reverend Father Tansi which featured Jude Orhorha and Francis Onwochei. Emema’s death was coming eight days after the death of Tony Anyasodo, who passed away on March 7th

Producer of ‘Behind the Clouds’ Paul Emema dies at 52 was last modified: March 16th, 2019 by Reporter