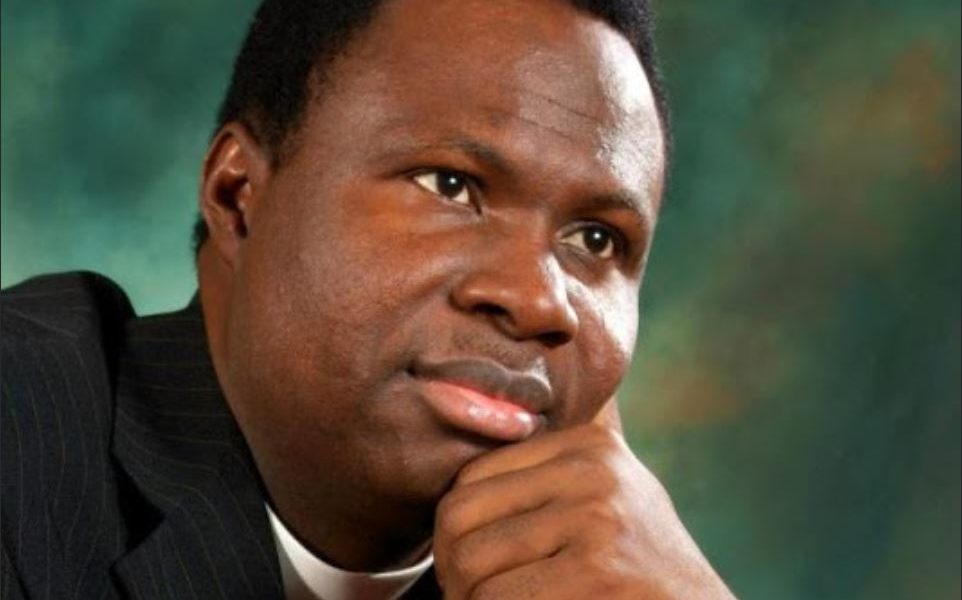 Have you been to World Evangelism Bible Church lately? The church is owned by popular Lagos preacher and prophet, Samson Ayorinde. The feeling inside WEBIC right now is that of excitement. Many of the ardent members of the church can’t wait to see the completion of the church’s new auditorium.

They feel it’s long overdue as the old auditorium no longer seems spacious enough to contain the overflowing membership of the church. Since the last couple of years, the congregation at WEBIC has been on the increase and it was only a matter of time that the church would have to seek for a bigger auditorium that would conveniently accommodate the growing number of worshipers at the church. Although the church’s founder, Prophet Sam Ayorinde has not been making any noise about this massive edifice that’s currently under construction,

City People gathered that it’s going to be world class. Feelers reaching us is that the very organised and focused prophet is not leaving any stone unturned to make sure the auditorium is ready as soon as possible. And it will be one of the best auditoriums around with top class facilities.

For those who may not know, Prophet Sam Ayorinde is one of the prominent and renowned evangelists in the country today. He sits atop a multi million naira ministry that is about twenty-four years old. He started World Evangelism Bible Church around 1995 in Zaria with just about 20 worshipers in attendance at the time. He was formerly a lecturer at the prestigious Ahmadu Bello University, Zaria, Kaduna state, where he bagged his first degree and Masters in Architecture. It was upon the completion of his NYSC that he returned to ABU as a lecturer. He returned to Lagos few years after and bit by bit his church began to grow.

The church’s flagship programmes, Miracle Service and Anointing Night, were two powerful programmes that recorded massive crowd anytime they held at the premises of Lagos Television, Agidingbi, or the National Stadium. One of Prophet’s Ayorinde’s strength is that he is an all rounder. He is a preacher, an evangelist, a teacher and a prophet. He knows the bible inside out and has the ability to teach so effortlessly such that your knowledge of the bible becomes broadened once you spend only a few minutes listening to him. He is also an incredibly prophetic man of God.

He can see things most men of God lack the ability to see. This explains why testimonies abound in the church right from inception till date. One of the things that have kept the church’s popularity soaring are the testimonies of the barren women. This gentle man of God appears to have a special anointing on the problem of bareness.

No wonder some describe him as the ‘bareness bulldozer.’ Women in search of the fruit of the womb have continued to flock his miracle programme, they don’t joke with it. Same with students, the unemployed and hordes of miracle seekers who are looking for solutions to various spiritual problems afflicting their lives.

Ask anybody who knows this hugely respected man of God, they would tell you he has paid his dues, having taken the word of God across continents with prophetic anointing, confirmed with signs and wonders. WEBIC’s headquarters is in Ogudu, Lagos but the church has branches in many parts of Nigeria, Europe and the United states.

Although, for reasons best known to the founder, the church has suspended it’s telecast for about two years now, but still holds it’s major programmes such as the Holy Communion service and the yearly Mantle Anniversary service at the premises of LTV and the National Stadium. Perhaps the biggest programme of the church is it’s annual anniversary programme called the Mantle Anniversary Service.

It holds every November and it is a week long celebration of how God revealed Himself to Prophet Ayorinde during his first 40 days fasting and prayer in Kaduna from December, 1992 to January 1993. That was when he reportedly got the revelation to start his ministry. This celebration usually attracts representatives of the ministry from all over Europe and America.

For a ministry that was founded about twenty-four years ago, World Evangelism Bible Church has done pretty well as one of the new generation Pentecostal churches. From inception, the church was accepted and in no time the ministry exploded into a massive church with a congregation that was said to hit close to 30,000 whenever the church held any of it’s major programmes. This was years ago.

Today, we learnt the congregation has continued to increase, hence the need for a much bigger auditorium. This is an exciting moment for members of WEBIC as this development goes to prove to outsiders beyond all reasonable doubts that the church’s congregation has not in any way diminished, and neither has Prophet Ayorinde’s prophetic abilities waned, contrary to unfounded speculations making the rounds.

The construction of the new auditorium is expected to gulp staggering millions both in naira and dollars but the man of God is unshaken in his faith that all the resources he needs to complete the new church will be provided by the all providing God that he serves.

Why I Don’t Take Nonsense From Anybody, LIZ ANJORIN Tells City People