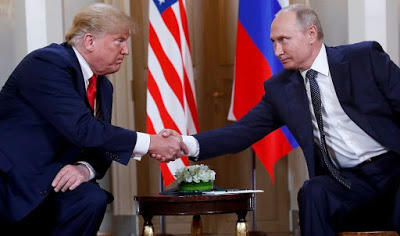 Russian President Vladimir Putin said Today, he is ready to go to Washington and has invited US President Donald Trump to Moscow, but there “has to be necessary conditions.”

“We are ready for such meetings, we are ready to invite President Trump to Moscow. He has this invitation already and I told him about it.”

The Russian President also praised Trump, saying the US President’s “great virtue is that he always wants to keep his promises to his voters.”

“You can critique him for what he does and many people do that but one thing is clear — he is willing to fulfill his campaign promises,” Putin said, adding that he viewed their meeting earlier this month in Helsinki, Finland, as “useful.”