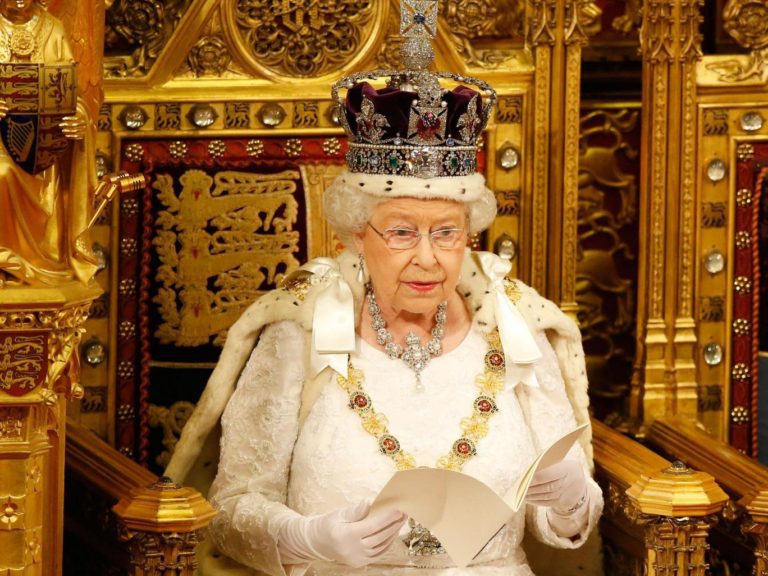 The Queen is to receive an 8% increase in income from public funds, after the Crown Estate’s profits rose by £24m.

The Sovereign Grant, which pays for the salaries of her household, official travel, and upkeep of palaces, is to increase by more than £6m in 2018/19.

He said: “When you look at these accounts, the bottom line is the Sovereign Grant last year equated to 65p per person, per annum, in the United Kingdom.

“That’s the price of a first class stamp.

“Consider that against what the Queen does and represents for this country, I believe it represents excellent value for money.”

Clarence House has also released its annual accounts, which showed the Prince of Wales’ annual income from his hereditary estate, the Duchy of Cornwall, increased by 1.2% – to £20.7m.

The Sovereign Grant, which is paid two years in arrears, is money given to the Queen by the Treasury.

It is based on the profits of the Crown Estate portfolio, which includes much of London’s West End.

Republic, which campaigns for an elected head of state, published its own report on royal expenses.

It said that once security and other costs were included, the annual bill for the monarchy was nearer £345m.

Graham Smith, the organisation’s chief executive, said it was a “massive bill for the taxpayer” to support “privileged lifestyles”.

The increase in funding will take place as extensive repairs are being carried out at Buckingham Palace,costing £369m.

To help pay for the work at the palace, the percentage of the Crown Estate profits paid to the Queen will increase from 15% to 25% between 2017 and 2027.

What is the Crown Estate?