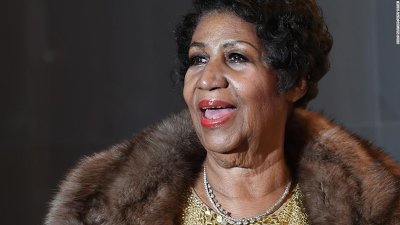 After successful years in music, Aretha Frankin, one of the world’s most revered singers and song writer has announced that she plans to retire in 2017, but not after doing an album with Stevie Wonder.

Aretha, who has over 7 Grammy awards, has experienced health issues the last couple of years, and recently had abdominal surgery. She revealed that even after she retires, she won’t just sit down and ‘do nothing’
“I must tell you, I am retiring this year,” she told reporter Evrod Cassimy of Detroit TV station WDIV Local 4.
She said her new album would feature production and collaborations with Stevie Wonder saying she was “exuberant” about it.
“I feel very, very enriched and satisfied with respect to where my career came from and where it is now,” Franklin said. “I’ll be pretty much satisfied, but I’m not going to go anywhere and just sit down and do nothing. That wouldn’t be good either.”
Queen of Soul Music, Aretha Franklin announces retirement at 74 was last modified: February 9th, 2017 by Daniji Emmanuel

Former Mr Nigeria, Kenneth Okoli breaks hearts as he shows off his girlfriend for the first time