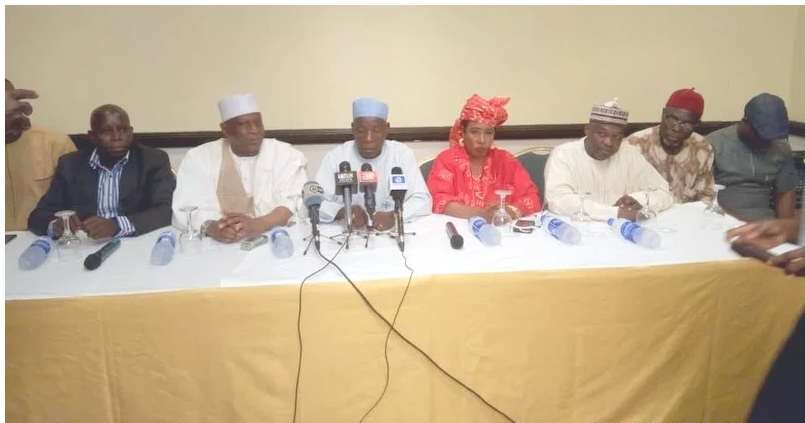 Some leaders of a faction of Nigeria’s ruling party, APC, on Monday afternoon gathered in Abuja to sign a memorandum with opposition parties for the 2019 general elections.

The Reformed APC (R-APC) members were led to the Monday event by their leader Buba Galadima.

PREMIUM TIMES last week published how the R-APC announced itself. The faction is believed to have the backing of Senate President Bukola Saraki and the Speaker of the House of Representatives, Yakubu Dogara. The actions of the faction have been condemned by the APC leadership.

On Monday, Mr Galadima met with leaders of opposition parties like the PDP and SDP to sign the memorandum of understanding.

A former senator, Ben Obi, who briefed journalists, said the parties gathered to sign a memorandum for a coalition that will take over power in 2019.

He described the 2019 election as a battle between light and darkness, saying the coalition is the light that has come to rescue Nigeria.

He said the signing of the memorandum is a signal to the ruling APC and the international community that they are ready to take over power in 2019.