R Kelly Admits To Having Sex With Underage Girls 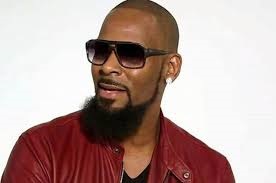 American singer, R. Kelly has been in the news recently for all the wrong reasons.

He has been buried under a pile of accusations bordering on sexual assault.

Now, the ‘Heaven I Need A Hug’ crooner is opening up about his life, as well as the rumours and allegations on a new 19-minute song entitled “I Admit.”

Uploaded to Instagram TV, the song discusses his having sex with younger/underage women and his connection with running a sex cult.

In the song’s fifth verse, Kelly admits to sleeping with younger women and underage girls but says he’s not a paedophile.

“I admit I f**k with all the ladies, that’s both older and young ladies (ladies, yeah)/ But tell me how they call it paedophile because that shit is crazy (crazy)/ You may have your opinions, entitled to your opinions (opinions)/ But really am I supposed to go to jail or lose my career because of your opinion.”

He also detailed how he met one of the women he’s been with, revealing that the woman’s father brought her to his show.

Why Davido Deserves Alot Of Accolades In...