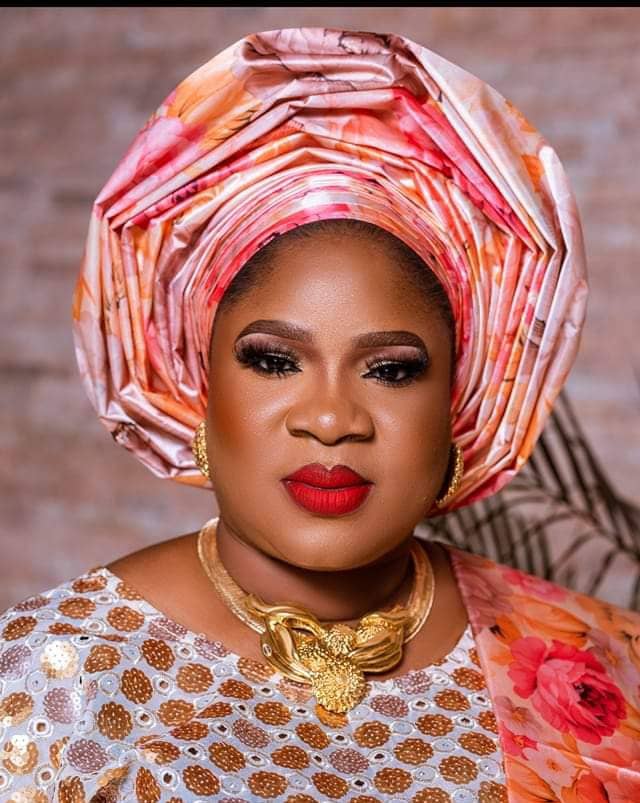 As the 2023 general elections are fast approaching, scheming and intrigues are already playing out within the political circle in Oyo State, especially Ibadan, the capital city of the state. All major political parties in the state are already putting their houses in order ahead of the elections.

There is no doubt that contest to different political positions in the state would be interesting.

One of such elections expected to be tough, however, is a contest for Ibadan North East/South East Federal constituency House of Representatives seat. A popular society woman, Hon Adebola Shakirat Ibilola Adetunji, is set to battle the incumbent honourable of the Constituency, Hon Abass Adigun, a.k.a Agboworin.

Hon Shakirat Adetunji has vowed to send Agboworin packing from the seat come 2023. She is said to have declared, during a recently held stakeholders meeting with women in her constituency, that it’s time for women to take forefront seats in politics.

She is of a strong conviction that the era of relegating women to the background in the scheme of things has come to an end in Oyo State Politics.

“Active participation of women in Oyo State in the scheme of things is in a top gear. We have decided to rise and throw down our gauntlet.

“Where the men have failed, we will take up the responsibility. We will no longer be in the background and allow those men run the show anyhow. The level of participation of women in Oyo State Politics will be unprecedented.

“We have met and have decided to come out in full force. We will make sure we occupy at least 35-40 percent of elective positions in 2023.

“The men have had their fill and they have shown us what they are capable of offering the good people of Oyo state, but right now, we will not leave it all for them again.

“We are coming out in full force. I am using the opportunity of my declaration to run for the Ibadan North East/South East federal constituency election in 2023 to assure you, women of Oyo State, that the era of male-dominated representation in both elective and appointive positions in Oyo State has come to an end.

“Let me also use this opportunity to tell you that come 2023, part of the women’s agenda in the politics of Oyo state is that a woman must occupy the position of Deputy Governor in Oyo State. This I can tell you is part of our agenda in APC.

“Our party will be the first in the annals in Oyo State politics to produce a female deputy governor and this is part of our agenda to push women in Oyo State from background to the forefront politicking in Oyo State”.

Shakirat Adetunji, City People gathered, has not only launched a powerful campaign team (ASHAD 2023), but has also embarked on wide consultation across her constituency and among those who matter in her party in Oyo State. She will be contesting on the platform of the All Progressives Congress (APC). While the incumbent honourable, Hon Abass Adigun, belongs to the Peoples Democratic Party (PDP). It is going to be an interesting political battle between the two, if they get their parties’ tickets come 2023.

Alhaja Shakirat Ibilola Adetunji would be banking on her goodwill and popularity within and outside politics. She is a well loved and respected women from a prominent family in Ibadan. She is a philanthropist and a great motivator and role model to other women. She is also a business woman with strong connections in business, political and social circles.

Ibilola runs the Essential World Link Kiddies in Ibadan. Her company deals in all kinds of toys for kids, both indoor and outdoor. She is also into freight business. She is rich, beautiful and adorable.

She is not new on the political scene in Oyo State. She has led several women delegations within and outside her zone in the past. She is close to all the prominent leaders in Oyo APC. She aspired to represent her constituency in 2015, but it didn’t work out then.

But the big question is, can she unseat an equally popular politician and the incumbent honourable from that area, Abass Adigun (Agboworin)? Time will definitely tell, as 2023 is just around the corner.