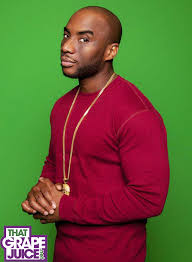 Recall the presenter whose real name is Lenard McKelvey was arrested on July 2, 2001 and charged with “willfully, unlawfully, and feloniously engage in penile/vaginal intercourse with a 15-year-old female child.”

The victim, Jessica Reid, now 32 and a mother of four, recently came forward and asked South Carolina officials to reopen her rape case, citing that the prosecution didn’t handle the criminal case originally. But they declined because McKelvey took a plea deal after she refused to cooperate with the prosecution.

Now Charlamagne tha God is said to have hired high profile lawyers and a PR firm to salvage his career. He’s also preparing to file lawsuits against people who discussed his old rape case.

“I love suing people even if they don’t got nothing,” he added.

The popular presenter recently received a huge backlash after an old interview emerged in which he admitted to raping his wife the first time they met.

But he later addressed the rape allegations involving his wife on The Breakfast Club.

He said he was having a conversation with his wife about rape culture and whether or not having drunk sex was considered rape.

He called up his wife on the show and asked: “Did I rape you the first time we had sex with each other?”

His wife responded: “That’s not what happened, we both know what happened and I was not passed out. I was very coherent, like enough for me to lift off my hips so you could take my panties off.