Raheem Adedoyin, 15 others elected to world IPI governing board 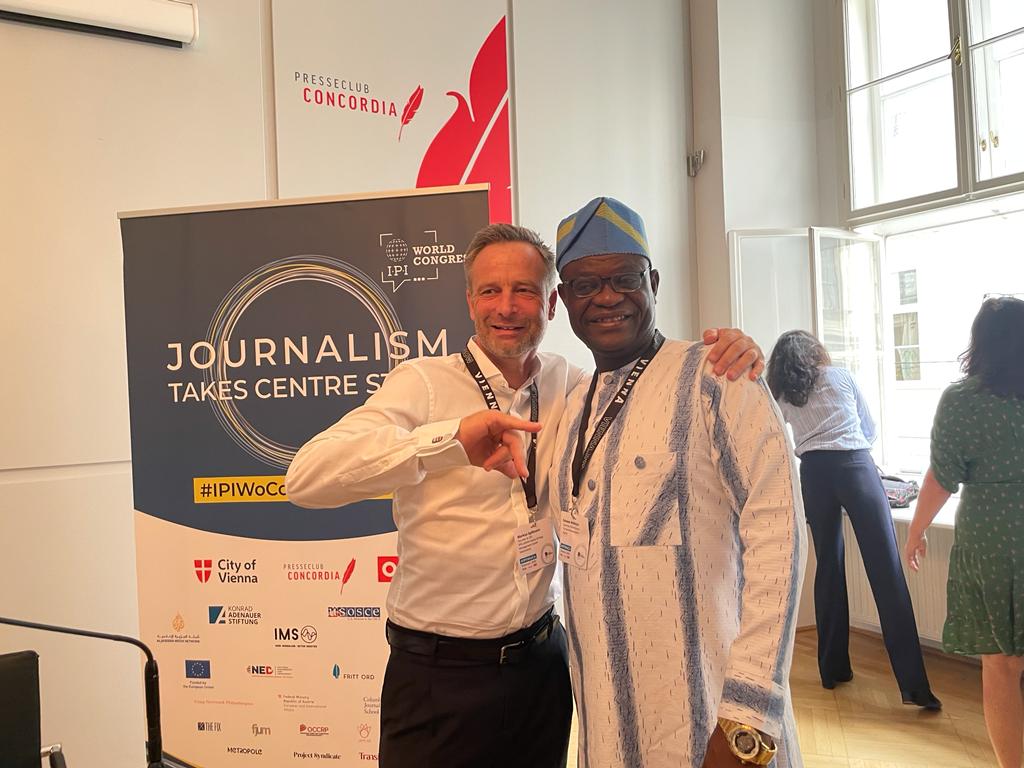 Nigeria’s Raheem Adedoyin was on Thursday elected alongside 15 others to the governing board of the 70-year-old International Press Institute (IPI) in Vienna.

Adedoyin, chairman of the editorial board of The Herald newspapers and Secretary of of the IPI Nigeria chapter, was elected unopposed to the board of the prestigious body that focuses exclusively on press freedom and welfare of journalists across the world.

The election was held at the 70th General Assembly of IPI holding in Austria, with at least 200 member journalists, some of whom virtually tuned in to the event worldwide.

The 70th IPI Congress, which began on Wednesday, reviewed the situation of press freedom and media industry in the wake of outbreak of COVID-19 pandemic.

The congress featured lectures,
Master classes, and seminars on varying topics such as Africa talk: Innovation in distribution of news on messaging platforms; Think Globally, report locally; sustainable financing of media; how can philanthropy help?; Master class: combating online harassment; strategy round table: independent journalism, cooperation and solidarity in central and Eastern Europe; townhall: strategies for resistance; conversation: are you still there? How to keep and grow our audiences; amongst others.

This year’s Congress comes two years after the last one in Geneva.  Last year’s congress was held virtually because of COVID-19 pandemic.

Raheem Adedoyin, 15 others elected to world IPI governing board was last modified: September 16th, 2021 by Reporter