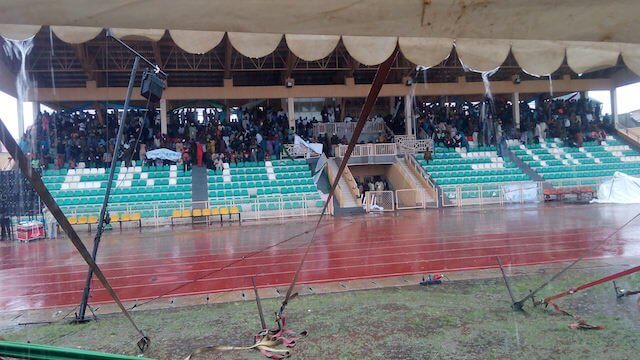 A total number of thirty three aspirants are jostling for the APC ticket ahead of the July 14 governorship poll.

The primary which was being held at the Oluyemi Kayode Stadium, Ado-Ekiti, the state capital, attracted delegates from all the 177 wards.

Accreditation had started as soon 9.00 am and was going on until heavens opened at about 12.05 pm and a torrential rain descended on the arena.

The rain, which was heavy, lasted over one hour and affected some gadgets already installed at the venue.

Delegates who sat at the “popular side” of the stadium scampered to the covered stand in a bid to escape from the rain.

The chairman of the electoral panel, Governor Umaru Al-Makura of Nasarawa State, directed that proceedings should continue after the rain has ceased.