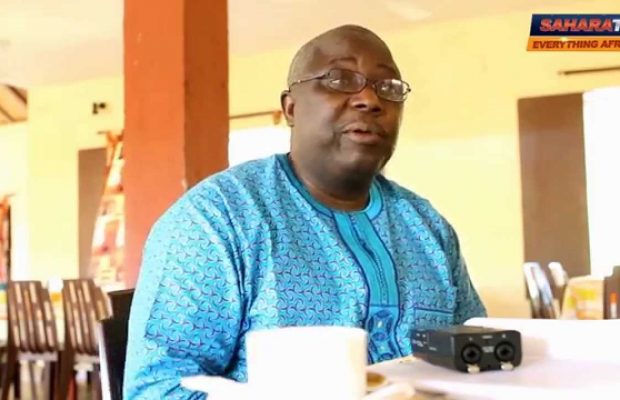 Nigerians have strongly condemned the arrest of Dapo Olorunyomi, publisher of Premium Times.

Reports had it that some plainclothes policemen on Thursday stormed the head office of the online news portal in Abuja and the arrested Olorunyomi alongside the paper’s judiciary correspondent, Evelyn Okakwu.

The officers claimed they were acting on a complaint filed by the Chief of Army Staff, Lt-Gen Tukur Buratai.

The arrests came days after Premium Times turned down the army’s demand to retract news stories about the Nigerian Army and its operations.‎

Dapo Olorunyomi and the paper’s judiciary correspondent were released Thursday shortly before midnight according to a tweet from the media’s twitter handle @PremiumTimesng.

In a statement, the paper’s Editor-in-Chief, Musikilu Mojeed, who condemned the raid said:

“They should stop deluding themselves that they can muzzle the press and intimidate Premium Times. They should know that our loyalty lies with our readers and the Nigerian people who have a right to know.”

Also, the National President of the Nigerian Union of Journalists, NUJ, Waheed Odusile, described the raid and the arrest as an act of intimidation and bad omen for practice of journalism in the country.

He said the arrest of the publisher along with the paper’s judiciary correspondent, Evelyn Okakwu, was not the best way to treat any infraction if there was any at all.

Similarly, the pan-Yoruba socio-political organisation, Afenifere has faulted the arrest of the journalists, saying that it was a war against the media.

Afenifere’s National Publicity Secretary, Mr Yinka Odumakin said, “We should not give the impression that Nigeria is becoming a police state. If journalists publish things that are not true, there are civil ways of dealing with such. Olorunyomi and colleague should be released immediately and there should be an end to this gestapo operations.”

Reaction After Arrest of Premium Times’ publisher was last modified: January 20th, 2017 by Arinze Ago