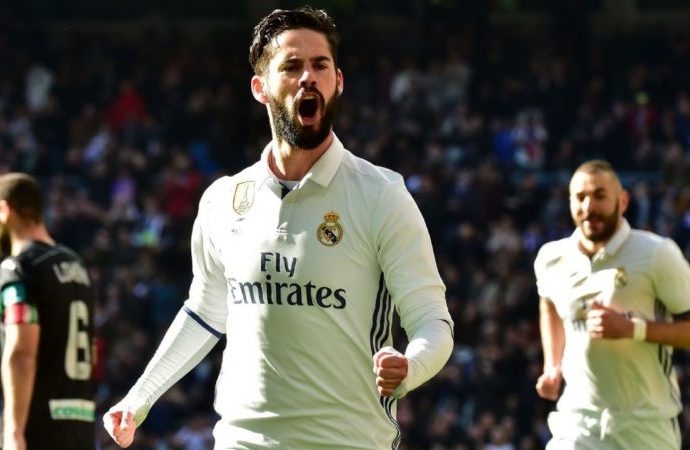 Real Madrid beat Granada 5-0 on Saturday to move onto 39 games unbeaten — equalling Barcelona’s record for Spanish clubs going without defeat in all competitions.

Madrid had overtaken their own club record before Christmas when a 3-2 win over Deportivo La Coruna marked their 35th game since they last lost.

And now they are level with the record set by Barcelona in the 2015-16 season under Luis Enrique. They will overtake their arch-rivals if they do not lose to Sevilla in the second leg of their Copa del Rey tie at the Estadio Ramon Sanchez Pizjuan on Thursday, where they lead 3-0 after the first leg.

Madrid’s previous club record of 34 games was set by Leo Beenhakker during the 1988-89 campaign when they won the Primera Division title, only losing once in 38 games.

Juventus hold the European all-time record for their unbeaten run of 43 matches in all competitions when current Chelsea manager Antonio Conte was in charge in 2011-12.

Real’s last defeat was 2-0 at Wolfsburg in the Champions League on April 6 last season, and since then they have recorded 28 victories and nine draws in all competitions while scoring 108 goals and conceding just 33.