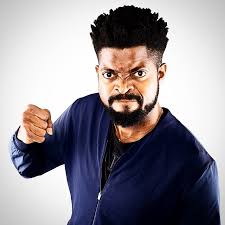 Popular comedian, Basketmouth, has finally explained why he has postponed the release for his debut film, ‘Exorcism of Alu’, and it has nothing to do with Falz’s album launch.

After shifting the release date for the horror film, from the original January 15, he jokingly blamed the release of Falz’s album ‘Moral Instruction’ as the reason for the delay.

He said the postponement was necessary for him to conclude a production preceding the release of his horror movie.

He also promised to announce the new release date on his Instagram page.

Basketmouth also explained that he would be reviving his music career.

Its seems 2019 is his year to expand his creativity.

WOW!!Runtown is lieing on his alleged court ‘victory’ over my Record label – claims Eric Many