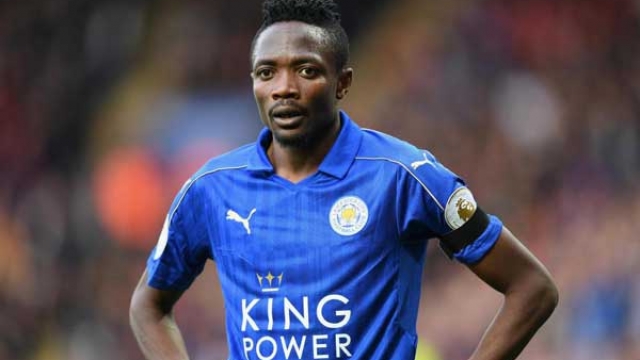 Hull City manager Leonid Slutsky has hinted at a possible loan move for Leicester City forward Ahmed Musa this summer.
The 46-year-old boss is upbeat of a better working relationship with Musa, a Nigeria international having previously worked together at CSKA Moscow for four years.
Musa has struggled to establish himself in the Craig Shakespeare’s squad in his debut season in the English Premier League and could move to the KCOM Stadium temporarily for regular playing time.
The 24-year-old forward who joined the Foxes last summer for a fee of €19.5m, scored twice in 21 league games last season.
“We have some loan options and maybe at the end of the transfer window getting players from the Premier League is possible,” Slutsky told Hull City Daily Mail.
“We are waiting for the decision of big clubs on some players.
“He is not our player but, of course, every coach is better working with players he knows and I worked with Musa for four years. I know him and he knows me, it is normal.
“His position is not the only important one though in this situation.”

YOU MAY ALSO LIKE: COSTA DETERMINED TO KEEP FAITH WITH ATLETICO DESPITE TRANSFER BAN