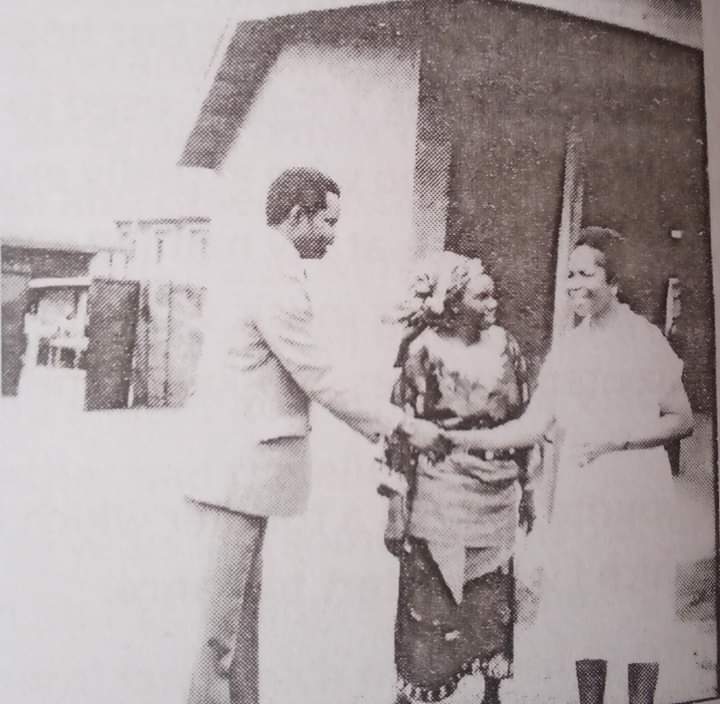 I was registered by my beloved paternal grandmother, the late Mama Asma’u Odunola Alabi, at the Seventh-Day Adventist Primary School, Ita Saku, Oke Foko, Ibadan, Oyo State of Nigeria. In January, I958, I started in Primary One and passed out of the school in 1963, (Primary Six), as the school’s Senior Prefect, after being Class Captain from Primary 2 to 4, and School Mailboy in Primary 5.
But, an unprecedented (sad) incident happened in the school in our final year (1963), that altered my school career. Our class was annulled by the inspectors sent from the now-defunct Western Nigeria Ministry of Education, Ibadan, to register us, the finalists, as was the norm, for the 1963 First School Leaving Certificate Examination.
The reason for our class annulment? A WNG Ministry of Education Regulation stated that all schools in the Region must register a minimum of 35 students for the First School Leaving Certificate Examination.
The Management of our school, the previous year(1962), had either weeded out or made to repeat Primary Five, for poor academic/moral performances, many of my classmates. As a result, just 28 of us were promoted to Primary Six. The Ministry of Education, after the inspection conducted by its officials, transferred us to nearby primary schools. Myself and some of my classmates were posted to the nearby Ansar-Ud-Deen Primary School, Ita Saku.
With the class annulment/transfer went my prestigious headship of the school’s students, and more painfully, my ambition of attending the prestigious Government College(GCI), Apata Ganga, Ibadan, for my secondary school education. How come?
In the confusion caused by the annulment of our class, our school Headmistress, Mrs Esther Ola, the school’s first female Headmistress, had forgotten to submit my application form to GCI before the closing date.
Only my parents and that of one of my classmates, Freeman Tournhara, could afford to purchase the WNG Common Entrance Form to GCI.
Hell hath no fury that black day that my grandmother and the parents of Freeman separately took both us back to our former school, SDA Oke Foko, to ask for our GCI Entrance Examination Centre and date.
Mrs Ola had inadvertently forgotten to submit our forms! As such, Freeman and I were not registered for the entrance examination to Government College, Ibadan, nor my second choice, Government College, Ughelli, then part of Western Region of Nigeria.
Freeman’s father, a police officer, threatened to sue the school and almost physically assaulted Mrs Ola, for, while shouting at the top of his voice(which parent would not, anyway,) he called “this stupid headmistress blunder”. I remember that was the moment Mrs Ola broke down in tears, with some of the school’s equally-bewildered staff joining her in sympathy.
In the midst of the chaos, my grandmother became the proverbial elder-arbitrator, who must douse the tension(Agba ki i wa l’oja, ki ori omo tuntun wo). She appealed to Mr Toughnara to accept his son’s fate with equanimity, adding that crying would never salvage split milk. In a little while, her appeal and those of others restored calm.
Mrs Ola, now on her knees, thanked grandma for her intervention and magnanimity. She offered to refund our money(£1.10s)for the forfeited forms, but grandma declined her offer. Out of Mrs Ola’s disbelief that grandma refused to take our own money back, she again, on her knees, told grandma that since she refused the refund, she, (Mrs Ola), would instead use the rejected sum to purchase the entrance form, hear her,” of a new school secondary school near Government College, Apata. It is called the African Church Grammar School, and it has a bright prospect. The Principal of the school is a disciplinarian”. Grandma gave Mrs Ola the go-ahead. And to African Church Grammar School, Apata Ganga, Ibadan destiny took me to in 1964, as a Form One boarding house student. My Aremo(1st male child), Olayemi, would avenge my GCI miss, as it were, decades later, as he attended GCI, for his secondary school education.
Mrs Ola continued to monitor me till my adulthood, and was always proud to show off her 1963 Headboy. When her medical–doctor daughter got married in Ibadan, who else fitted to chair the wedding reception? Of course, it was Mrs Ola’s old student who was by then the Press Secretary to the Military Governor of old Oyo State.
Our families maintained a very cordial relationship till Mama Ola died on 18th March, 2005. She was aged 75. May her noble soul continue to rest in perfect peace. Amen.
Please, read my tribute to Mama Esther Ola, titled; “GOODNIGHT, DEAR HEADMISTRESS”, published 15 years ago, last week Monday, 19th April 2020, in the Sunday Comet newspaper issue of 24th April 2005.

READ ALSO: UNCLE YOMI, YOU ORDERED FOR THE BEST IN LIFE, AND YOU RECEIVED THEM ALL