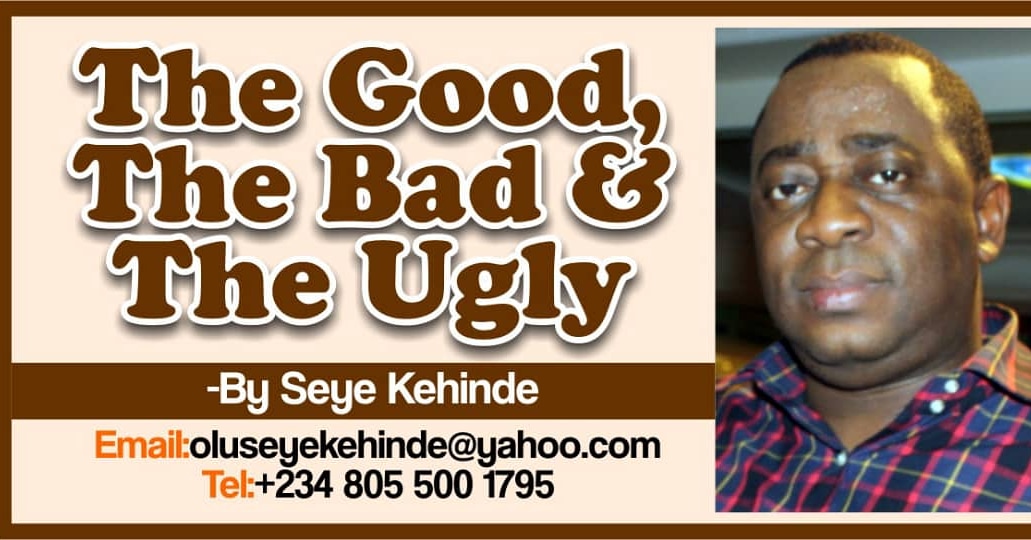 It was another year to remember my handsome dad, Pa Gilbert Ademolu Kehinde. Thursday, 7th November 2019, marked 26 years of his demise. I miss him a great deal because he was a man who taught me and my siblings a lot about Hardwork, Focus, Humility and Discipline. We all called him Pa Gilly.

He was a man of modest educational accomplishment but rose to the very top of his career in the Civil Service. He was a Civil Servant all his life. The Late Gilbert Ademolu Kehinde was born in Isara Remo in Ogun State, which is the hometown of Professor Wole Soyinka, the 1986 Nobel Laureate Winner in Literature. It was there he began his Primary education in 1937 at the Wesley School in Isara, a neighbouring town, Ode Remo. He left 7 years after and proceeded to Lagos, like many of his age mates to further his educational career.

Between 1946 and 1947, he attended Coloney Public Secondary School, Ebute-Metta. At a very early age, he got attracted to Stenography and while in Lagos, he took some evening courses in Stenography then. Surprisingly, in less than 2 years, he had become very proficient and decided to make Stenography his career. This began in 1949 when he got his first salaried job as a Stenographer Grade II with the

Northern Nigerian Civil Service. For 9 months, he worked with the Rural Water Suppliers Department Katsina. According to his boss, a white man, Mr. N. W. Smith, in a testimonial, he wrote in 1949, G.A. Kehinde proved himself a very good typist and also proficient at shorthand. “His work was of a very high standard and his general conduct very good” wrote Smith. So, to give him a better chance of promotion, he was transferred to the Regional Water Engineer’s Office.

From there he moved to the West African Institute for Trypano Somiasis Research in Kaduna in I951, where he served as a Personal Stenographer to the Director, Mr. H.W Mulligan, in a letter he wrote from Kent in the UK dated 8 October 1955, he described the deceased as “Exemplary”. He moved over to Lagos in 1954 to pick up a job as Senior Shorthand Typist with the Nigerian Tobacco Company Limited, Lagos. Shortly after, he had a brief stint with the ECN (now NEPA) as Stenographer Grade 1.

In 1955, the late Mr. Kehinde decided to join the Western Nigerian Civil Service as a secretary-typist and Verbatim Reporter, at the Western Nigerian Regional Legislature in Ibadan. From there, he was transferred to Public Service Commission where he was a confidential secretary. It was as a result of his excellent performance that he was selected to proceed to the United Kingdom to do an Advanced Course for Overseas Teachers and Administrators jointly conducted by the Pitman Central College London and the Garnett College, London. On successful completion of the various courses, he returned to Nigeria in 1959 to set up the Civil Service Training School in Ibadan. He was asked to assist in the rapid development and massive training of both Secretanal and Clerical staff in the Old Western Region.

He was the first Principal of that Training School in Ibadan. His achievement there could be measured by the number of qualified Secretaries the school turned out under his tutelage. With the creation of states in 1976, he had to leave Ibadan for Abeokuta to assist in the establishment of Ogun State Staff Development Centre, Abeokuta of which he was the founding Principal. It is to his credit that within two years of its existence, the Staff Development Centre had attained the enviable standard comparable to the one in Ibadan, which made one T.O. Odubanjo, one of his bosses to write in a one-page letter dated 6 December, 1979 that “the High standard and level of performance already attained within such a short period of existence are eloquent evidence of your outstanding ability and efficiency.”

On 31 January, 1979, he voluntarily retired from the Ogun State Public Service. He was then invited by the government to assist in putting the Business Education Unit ofthe Isara Secondary School, Isara-Remo on a proper footing. He took up the challenge and he accomplished the assignment in March, 1983. After that, the Governing Board of the Ogun State Polytechnic, Abeokuta, again, requested that he assist the young institution in re-organising the Department of Secretarial Administration. He, therefore, moved to Abeokuta to join the staff of Ogun State Polytechnic in April 1983 as the Chief Instructor and Head, Department of Secretarial Administration. His job there was completed in January 1985. Still the late Mr. Kehinde, although retired, still wanted to continue to take on additional tasks. Unfortunately, he fell ill in 1986 and decided to take things easy.

There is no other befitting tribute to the deceased other than the numerous testimonials written on him by all his bosses. Mr. E.O.A Soyege, a former Permanent Secretary, Ministry of Establishments and Training Abeokuta, who for several years was Kehinde’s boss, wrote a one-page letter to the Registrar of the Ogun State Polytechnic, in June 1982, where he wrote the following: “I have known Mr. Kehinde for nearly thirty years both as a Colleague at work and socially outside official circles.

In both capacities, I have found Mr. Kehinde to be a man of impeccable integrity. His fame as a Secretarial Course Administrator has travelled far and wide, judging by the number and quality of his former student who are now holding eminent positions in both public and private sectors throughout the entire Federation”.

His views are shared by Chief Titus Oluseye Ejiwunmi, who as the former Director of Recruitment in the Public Service Commission over forty years ago was Mr. Kehinde’s boss. He described the deceased who was then a Confidential Secretary under him as “reliable experienced, honest, intelligent and professionally well qualified.”

A legion of such letters exists. A devout Methodist, the late Gilbert Ademolu Kehinde, who died on November 7, 1993 at the Federal Medical Centre (FMC), Abeokuta was survived by his wife, Ebun (nee Jaiyesimi) who turned 90 this year,  whom he married on 8 January 1955 and are fruitfully blessed. He is also survived by many sisters and brothers. May his soul rest continue to rest peace.