Rev. ESTHER AJAYI Reveals Her Love Story – How She 1st Met Her Husband In 1974 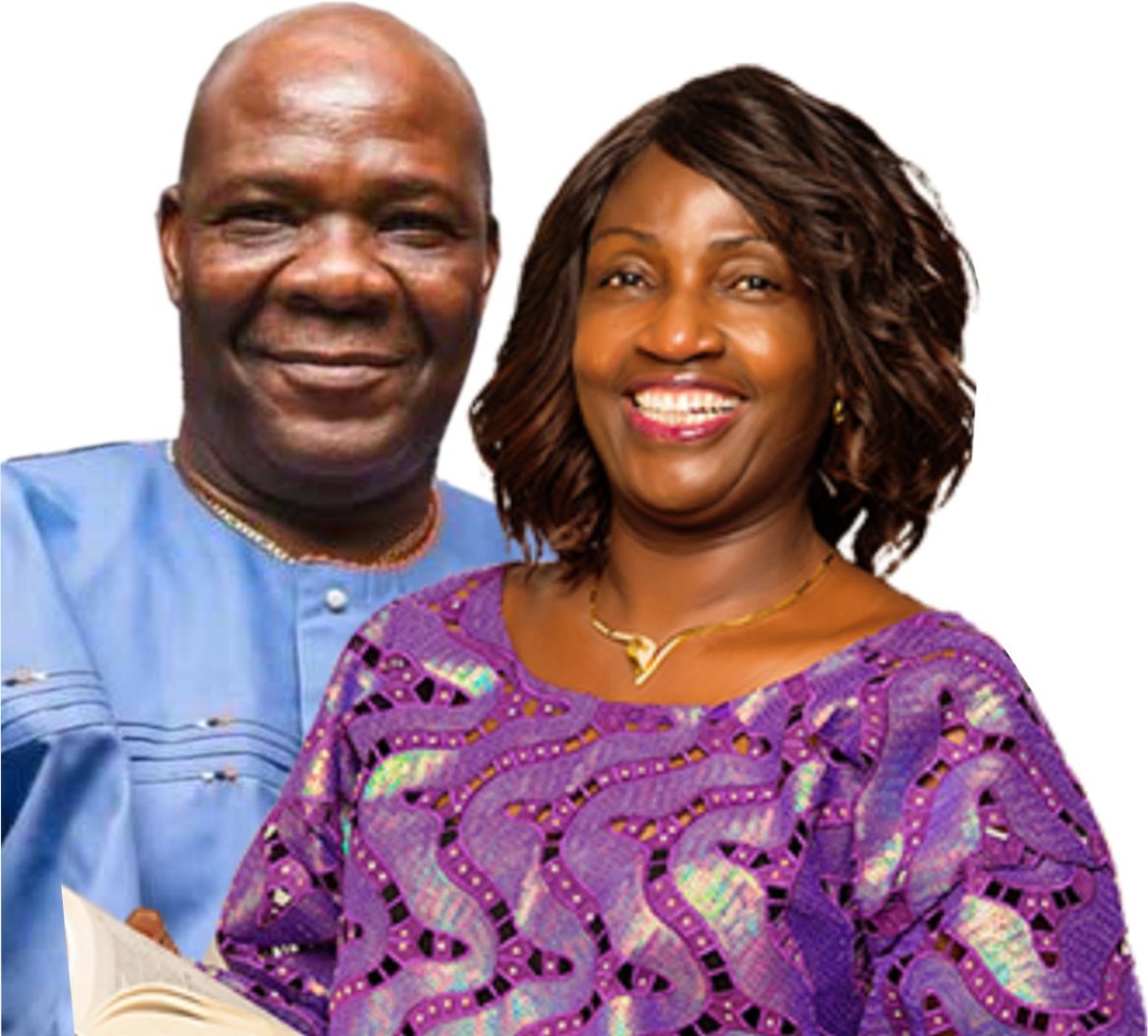 Do you know that popular C&S Prophetess, Rev. Esther Ajayi and her husband met as students at a Lagos Secondary School in 1974? Yes, they did. She revealed the story in her recent Biography: Exceptionally Outstanding.

How did they meet? “Rev. Esther Abimbola Ajayi’s early education was at St. Michael’s Catholic School, in her neighbourhood in Mushin, Lagos. At this school, she was baptized as a Christian. She finished at the primary school and gained admission for secondary education at Ikeja Senior Grammar School, Bolade-Oshodi, Lagos in 1974, due to her brilliance. The school was founded on January 22, 1962, with the mission statement which goes thus: “To inculcate in our students, qualities of leadership; to achieve this, we lead by example and teach our students the virtues of industry, humility and above all, the fear of God. In essence, we intend to nurture tomorrow’s leaders today.”

With the benefit of hindsight, it is obvious the school impacted tremendously on Rev. Esther Ajayi’s ’s life. She was called Abimbola then. It was at Ikeja Senior Grammar School that providence brought her face to face with her future husband, Reverend (Dr.) Ademuyiwa Amuwaoluwa Ajayi, for the first time. She recalled the first encounter with Dr Ademuyiwa Ajayi with nostalgia.

“We both met outside the principal, Mrs Majekodunmi’s office for the first t.irne in November 1974. I was waiting for my Common Entrance Examination result and was to be admitted as a fresher into Class 1. He came from another school and was to be integrated d into Class 2 and we started a conversation before the principal called us into her office one after the other. That was how he became friends.” The attraction between them was instantaneous and once they are admitted into the school as students, they became close friends. Adernuyiwa, who hailed from Odogbolu in Ogun State, as living in his mother, Madam Omotunde Ajoke Sulu’s house in Ebute Metta, Lagos while Abimbola was living in Mushin. The distance between their homes was about nine kilometres, but in spite of the distance, both of them were inseparable. They were, however, quick to tell anybody who was inquisitive about their relationship that they were “just mere friends. To us at that point, we were just friends,” Ademuyiwa said.

Their friendship, however, made them popular in school. Everybody knows ‘When they adored each other and it was known to their colleague that Abimbola and Ademuyiwa could hardly be seen without each other within the school premises. While Abimbola exceeds in arts, Ademuyiwa’s turf was in sciences; so naturally, Abimbola consequently got a promotion into the Arts Class, while Ademuyiwa was in the Science Class, with a year difference between them. Ademuyiwa was also a very brilliant student and he used to give her a helping hand in Mathematical Studies and this further endeared them to each other.

Unknown to him, she constantly regaled her household members with tales about the “adorable, brilliant and nice Brother Muyiwa” in her school who was her friend. She even composed a song in his name which she incessantly sang, yet she always maintained that he was “just a friend!” She was a regular visitor at his home where she was loved for her good aura and generosity. People at Ademuyiwa’s house could readily recall the “pretty, rich and happy girl” who was always full of smiles and bearing gifts whenever she visited the land lady’s son. “My mother was very fond of her. Abimbola too had a soft spot for her and she used to shower her with gifts,” Ademuyiwa recalled”.

“The young teenagers both carried on, not having an iota of the idea that the relationship would lead to marriage.

Rev. ESTHER AJAYI Reveals Her Love Story – How She 1st Met Her Husband In 1974 was last modified: February 10th, 2020 by City People

Man of God allegedly sleeps with another man’s wife, moves to sleep with daughter [WATCH]