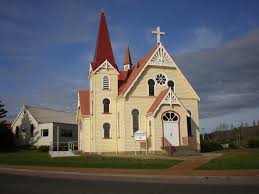 Globally, every year, the December 25th is celebrated by Christians worldwide as the day the Lord Jesus Christ was born. And it is usually done with a lot of fanfare. In nearly every home, including that of non-Christians, you will certainly feel the mood of Christmas. Delicious meals are served everywhere and parents strive, regardless of the economic situation, to get their kids and wards new clothes for the celebration. And for parents that can afford it, they take their kids out to fun spots within their environs to see Santa Claus and they return home with lots of goodies. But, unknown to many people, there are indeed some strong and respected Christian denominations who do not partake in all of these frenetic celebrations because they don’t believe in the reason behind the celebration. They hold a different view. As far as the celebration of Christ’s birthday on December 25th is concerned, they have made it that they should be counted out of it. And they have their reasons for holding this position. The following are the six religious denominations that are opposed to the celebration of the birth of Jesus Christ on December 25 every year and reasons why they hold a contrary view.

This religious organisation is one of the biggest groups of Christmas-shunners. Their members never hide their displeasure about the fact that the world celebrates the birth of Christ on the 25th of December every year. But the interesting thing is that they were not always this way. Once upon a time, Jehovah’s witnesses used to observe Christmas. This was until 1928, after further study by one of their officials. According to spokesman J.R. Brown from the church’s Brooklyn, New York, headquarters, this official’s findings led to the church dropping the holiday. The official found that this is based on “false religious beliefs or activities.” Deseret News reports that this is explained in a 1993 book, “Jehovah’s Witnesses — Proclaimers of God’s Kingdom.”

Still, it took a while for everyone to get on board with the new tradition of no longer celebrating Christmas.

Brown says after the group “cast aside religious teachings that had pagan roots, they also quit sharing in many customs that were similarly tainted. But for a time, certain holidays were not given the careful scrutiny that they needed. One of these was Christmas.”

The major reason why they do not celebrate it because they believe the Bible would have said something if Christmas observance was important, however, they do not prevent others from honouring the day.

In Brown’s words, Witnesses now ask themselves, “does this please God, when it is not mentioned in the scriptures?”

But how Witnesses now approach the holiday when nearly everyone around them is celebrating it?

Brown says, “If someone is dealing with you and they say, ‘Merry Christmas,’ we do not go into a sermon about the pagan origins. “You don’t make an issue of it every time because we have to face the fact that they mean well when they say ‘Merry Christmas and a Happy New Year.’ Other days such as Birthdays, Halloween, Easter, Mother’s Day, New Year’s Day, and Valentine’s Day are also shunned by witnesses because of their pagan origins.

Like Jehovah’s Witnesses, this church is also against the celebration of Christmas. A publication from the group that goes to church on Saturdays, the Jewish Sabbath day, not Sunday reads: “We do not celebrate Christmas as the Birth of Christ per say since Christ was not born in December.

“He did not want us to celebrate His birth or He would have told us when He was born. It has become a money-making celebration with Christ mixed into it. It is a pagan ritual. “We join in to be with the Family or friends to celebrate their friendship and love as a family gathering and for the Children. Easter too is a pagan holiday and we do not celebrate the Name but we honour Christ’s Resurrection and keep the day in mind on what He has done for us. We do not make an issue out of it but quietly honour Christ….it’s a gathering also for the Children. It is a personal Choice.”

A few years ago, Pastor W.F. Kumuyi, the head of Deeper Life Bible Church announced to his members and the world that his church does not celebrate the popular holiday. Explaining why at the 2013 December retreat, he said: “We don’t celebrate Christmas nor sing Christmas carol; because Christmas is of idolatrous background.” This is why, today, you will not find any member of Deeper Life celebrating Christmas. Instead, what the Church often does is that, during the Xmas period, they organize programmes and retreats that have nothing to do with Christmas for their members. This keeps them engaged and too preoccupied to think about joining in the celebration of Xmas.

This is another church that is anti-Christmas. According to the church’s official website, they believe that there is no single evidence in the Bible that Jesus Christ was born on the 25th of December.

Rather, they believe that He was born in October and that Christmas originated from “a noisy pagan festival in honour of the god of the sun”.

While other Christians celebrate Christmas in December, this church celebrates the birth anniversary of Jesus Christ in October. This is done with something called the Freedom Day. The church was started by St. Gideon Meriodere Urhobo in 1934 after leaving Jehovah’s Witnesses. He lived from 1903–1952. The headquarters can be found in Warri.

There is a religious group called the Religious Society of Friends, also known as Quakers. This church believes that “every day is a holy day,” so there is no need to single out just one day to celebrate. Another reason why they do not celebrate Christmas is that some Quakers are trying to go back to the ways of early Christianity. Chris Pifer, a spokesman for the Friends General Conference, says, “There’s an effort within aspects of Quaker practice to try and explore and find primitive Christianity, the church before it became a political entity.

“In very early Christianity, there weren’t holidays like Christmas anywhere close to the form it is today.”

Wikipedia reports that 52% of the group around the world can be Africans. Kenya reportedly has the largest number of Quakers in this continent. According to the church’s website, fwccafrica.org, the Nigerian branch started as a small worship group in Lagos in the early 1990’s.

MOUNTAIN OF FIRE AND MIRACLES MINISTRIES

Mountain of Fire and Miracles Ministries (MFM) don’t celebrate Christmas too. According to the founder, Pastor D.K. Olukoya, “We don’t celebrate Christmas because the root is demonic.” The fire brand praying church is a Deliverance ministry which emphasizes largely on a do-it-yourself spiritual lifestyle. They teach you to confront your spiritual battles head on and triumph over them using their brand of aggressive and fire laced prayers. While MFM does not celebrate Christmas and does not in any way agree that Jesus Christ was born on December 25th, it however makes arrangement for the ministry’s children to come over to the headquarter of the church in Onike, Yaba, and have unlimited fun with Father Blessing, their own version of Father Christmas or Santa Claus. And the sort of gifts Father Blessing reportedly hands out to kids who visit him have been nothing short of unbelievable. Kids have been given gifts ranging from top-of-the shelf phones, laptops, expensive toys, etc.