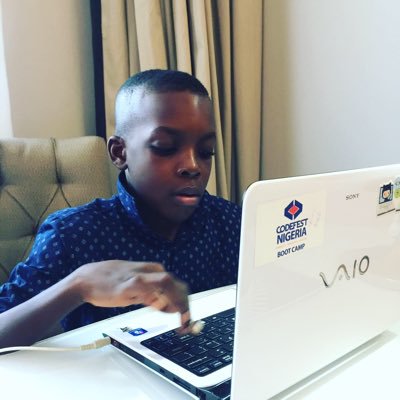 A Nigerian young chap, Basil Okpara is reported to have built more than 30 mobile games at just 9-years-old.

Like many others his age, Basil loves to play games but his fascination with gaming does not end at playing, his curious mind has led him into coding, leading him to come with dozens of game ideas, Channels TV reports.

Channels TV reported that Basil “derives great joy and a sense of pride when he plays his own games”.

The TV station reported that when the young boy was asked in a recent interview how many games he had developed, the lad “well over 30 games within a short while”.

According to the station, Basil created the games using a free coding application called ‘Scratch 2’ which he learnt at a coding boot camp.

The Nigerian prodigy is reported to be working on having his first game on Google Play Store.