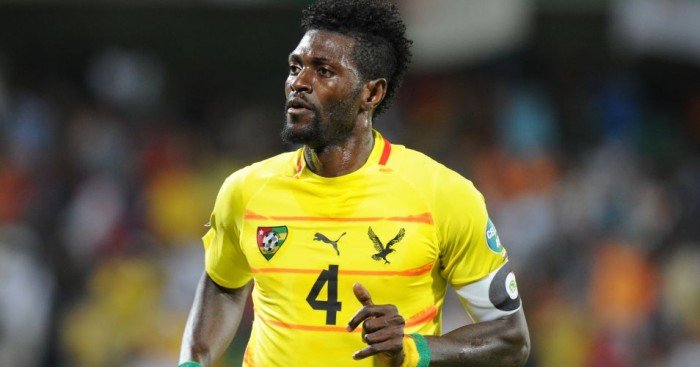 Togolese international, Emmanuel Adebayor has said his move to Premier League side Crystal Palace in 2016 was the “worst decision” of his career.
The 33-year-old former Manchester City and Tottenham Hotspur forward joined Palace on a six-moth loan spell in January last year and was released at the end of that season after scoring just once in 15 appearances.
“I had some great experiences in England in clubs who are among the best in the country,” Adebayor, who currently plays for Turkish side Istanbul Basaksehir, told British media.
“The only error that I made was to sign for Crystal Palace in January 2016.
“I did it just to please my entourage, who were saying to me: ‘Manu, you have to start playing again!’ It was the worst decision of my career.”

Beijing Enterprises To Hold Memorial For Tiote In China