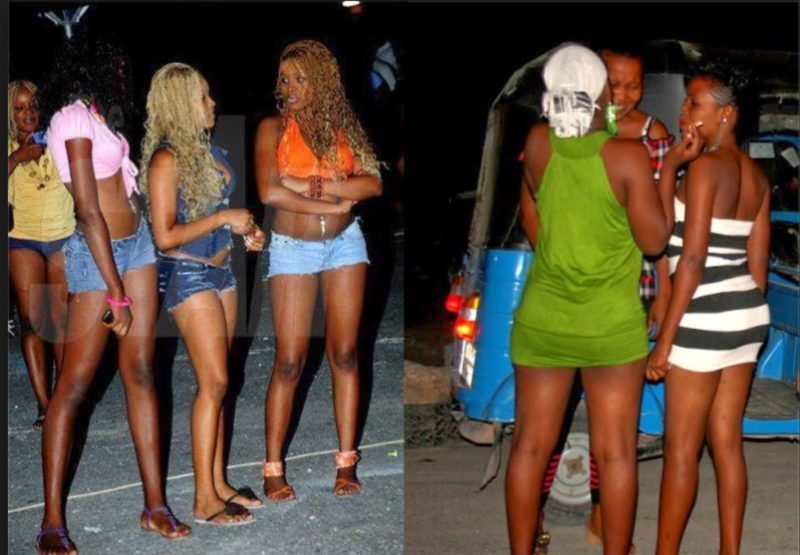 Some of the ladies convicted by a mobile court in Abuja, the Nigerian capital, for alleged prostitution, have spoken out about how they were raped by some of the policemen who arrested them — some without condoms and some wearing improvised “pure water sachets” as protection.

Sixty-five women were arrested in several parts of the city between Wednesday and Friday last week, with Gajere Danjuma Tanimu, spokesman of the Police in Abuja, saying the ladies “were hanging around night clubs”.

Majority of the arrests were made in Aminu Kano Crescent, Gwarimpa, and Katampe extension by members of a Joint Task Force.

However, speaking at a media briefing by activist Dorothy Njemanze, the girls accused the policemen of sexual molestation.

The ladies said many of the alleged rapists were policemen attached to Utako, Life Camp and Gwarimpa police stations.

Another lady said she was raped by policemen when she could not pay the money they demanded in exchange for her release.

“I was held down by three policemen while one of them raped me; he didn’t wear a condom. We were three in all that were raped by the same policemen,” she said.

“The three of us were all brought out of the van and raped by the policemen because we had no money to give them. We were raped behind the National War College. The other girls were also raped by two others; one of them used a pure water sachet as a condom but the other one did not.”

Meanwhile, both the Police and the Social Development Secretariat of the Federal Capital Territory Development Association (FCTDA) have acknowledged the allegations against the policemen.

“The Social Development Secretariat and the FCTA is a responsible administration that looks into the welfare of the residents of the FCT,” said Sunday Shaka, Public Relations Officer of the SDS.

“That somebody is compromising the law does not give advantage to an enforcement agent to begin to abuse them. This accusation is already being investigated. Our team is well trained and they have been warned against such an act. They are all aware that if any of them is been caught to have abused these persons, such a person will be dismissed and persecuted.”

Similarly, Tanimu, the Police spokesman, said the allegations had been brought to the notice of the Commissioner of Police, and they were being investigated.