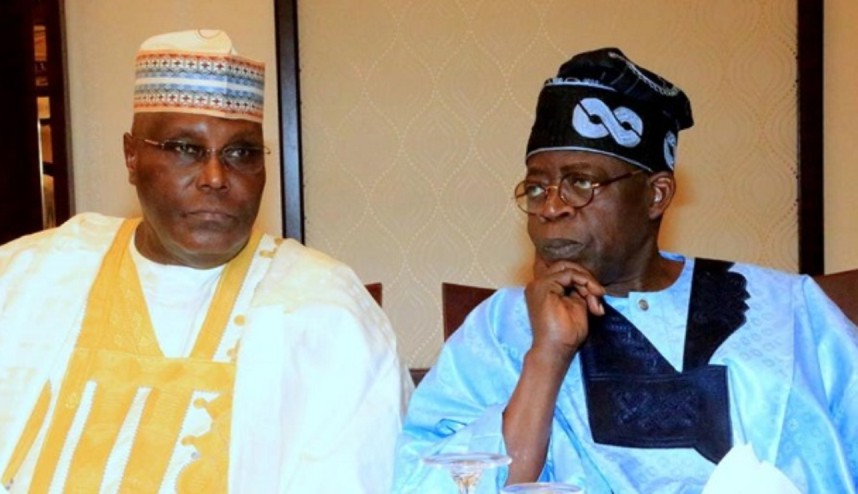 •How They Floated A Political Party Together In 1989

This is the story of Turaki, Atiku Abubakar, the former vice president of Nigeria and a 5-time-Presidential Aspirant, who is the game changer and shot-caller from the People’s Democratic Party, PDP and Asiwaju Bola Ahmed Tinubu, former Lagos State Governor and national leader of the ruling All Progressive Congress, APC. Just recently, Atiku had arrived from Dubai, the United Arab Emirates (UAE), the same time Tinubu was within the premises. Tinubu walked towards Atiku as he alighted from his vehicle and they exchanged pleasantries. Social media users were surprised at the meeting of the two chieftains who belonged to different political parties in the country. Likewise, In October 2020, Tinubu attended the wedding of Aliyu and Fatima, the children of Atiku and Nuhu Ribadu, ex-Chairman of the Economic and Financial Crimes Commission (EFCC).

Also, in Akure, a viral video had shown Tinubu exchanging pleasantries with Atiku. Looking at the picture from Pundits perspective, Atiku and Asiwaju are mortal enemies who will not agree on any front. Both have joined forces at some point to edge out the ruling party at the centre, but Atiku has, at every historical junction, paid dearly for his alliances, either by being forced to drop his ambition or losing out during the election.

Amid all these, it will shock you that Atiku and Asiwaju have not allowed the political differences, affect their personal relationship, which they both have enjoyed for over 30 years. Yes, over 30 years!

Unknown to many people, Atiku’s political journey did not start in 1999 when he became the Vice President to former President Olusegun Obasanjo, or when he contested at the primary against MKO Abiola ahead of the historic June 12 elections. Atiku has been in politics since the early 1980s while he was a top custom officer. Asiwaju has also been an ardent follower of MKO Abiola, the Pan-Yoruba movement, Afenifere and financial supporter of most pro-western political structures.  Abubakar’s first foray into politics was in the early 1980s when he worked behind the scenes on the governorship campaign of Bamanga Tukur, who at that time was managing director of the Nigeria Ports Authority. He canvassed for votes on behalf of Tukur, and also donated to the campaign.

Towards the end of his Customs career, Atiku met General Shehu Musa Yar’Adua, who had been second-in-command Chief of Staff, Supreme Headquarters between 1976 and 1979 with Obasanjo as the Head of State. Abubakar was drawn by Yar’Adua into the political meetings that were now happening regularly in Yar’Adua’s Lagos home. It will shock you that Asiwaju Bola Ahmed Tinubu and Atiku have been very close allies at these times and they were holding meetings and computing political strategies together to form a strong political party ahead of the forthcoming third republic under General Ibrahim Babangida.

Atiku Abubakar, Asiwaju Bola Tinubu and the likes of Babagana Kingibe, Rabiu Musa Kwankwaso and many others mobilized in 1988 and by 1989, created the Peoples Front of Nigeria (PFN).

That same year, Atiku Abubakar was elected the National Vice-Chairman of the Peoples Front of Nigeria in the build-up to the Third Nigerian Republic. Abubakar won a seat to represent his constituency at the 1989 Constituent Assembly, set up to decide a new constitution for Nigeria. The People’s Front was eventually denied registration by the military government (none of the groups that applied was registered), and the PFN merged with the government-created Social Democratic Party (SDP). By 1992, Asiwaju was elected to the Senate, representing the Lagos West constituency in the short-lived Nigeria’s Third Republic.

In 1990, Abubakar announced his Gongola State gubernatorial bid under the same party as Asiwaju. A year later, before the elections could hold, Gongola State was broken up into two – Adamawa and Taraba States – by the Federal Government. Abubakar fell into the new Adamawa State. After the contest, he won the SDP Primaries in November 1991, but was soon disqualified by the government from contesting the elections.

By 1993, Atiku, who had lost on the first ballot at the SDP presidential party, worked with Asiwaju Bola Ahmed Tinubu and other party faithful to ensure that MKO won the June 12 elections. After the political break for all pro-democracy advocates, civilians converged again during the transition program of General Sanni Abacha, and Atiku Abubakar showed interest to contest for the Gubernatorial seat of Adamawa State under the United Nigeria Congress Party, UNCP the transition program came to an end with the death of General Abacha.

In 1998, after the death of Abacha, he joined the Peoples Democratic Party (PDP) and later secured nomination for Governor of Adamawa State, winning December 1998 governorship elections, but before he could be sworn in he accepted a position as the running mate to the PDP presidential candidate, former military head of state General Olusegun Obasanjo who went on to win 1999 presidential election ushering in the Fourth Nigerian Republic. At this time, Asiwaju had become the flag bearer of the new party, Alliance For Democracy, AD, and he won the seat of Governor of Lagos.  Despite serving in the political space at different capacity, Asiwaju and Atiku maintained cordiality and supported one another where necessary. Lagos was Atiku’s second home and they never allowed political differences affect their age-long friendship.

Atiku and Asiwaju had since locked horns at different times on the political arena, but once the curtain falls, both are best of friends, and up it till now, they have not allowed politics to get in the way of their age-long friendship.

READ ALSO: 10 REASONS YOU SHOULD INVEST IN LAGOS REAL ESTATE