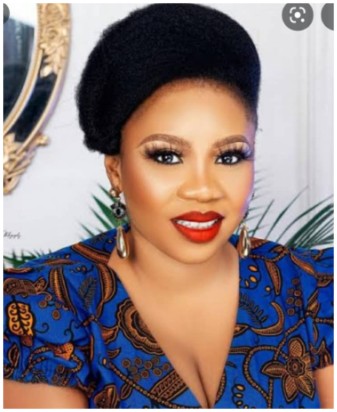 Besides being successful in the movie industries, some of these ladies also run different businesses placing them far ahead of their contemporaries in the industry.

They are often tagged the happening babes in the industry doing exceptionally well and often celebrated on social media.

They are young, beautiful, talented and very hardworking. Some of these ladies already acquired what many of their senior colleagues could conly hope for in many years to come.

A lot of these young actresses have also bagged different endorsement deals with lots of brands and companies making cool money. City People’s Head Of Movie Desk, BIODUN ALAO brings you names of young Yoruba actresses living large, just like their contemporaries in the English and Igbo sectors.

Bimbo Afolayan is one of the most successful young actresses in the Yoruba movie industry. She is happily married to a popular film director, Okiki Afolayan. Within a short period of time, Bimbo has acquired so much compared to any of her contemporaries in the movie industry. Besides producing and featuring in movies back to back. She is indeed a successful business woman running chains of businesses successfully, she is the CEO of Extreme Beauty Palace, Extreme Boutique, Extreme Properties and recently she and her husband launched Extreme Hotel located in Lagos.

Bimbo has remained one hardworking lady, who is not relenting in achieving so much and living her baby girl life without drama.

Bukola Adeeyo is another actress who in the past few years has been in the news and made headlines over the paternity of her daughter. Despite all these, she has decided to make it big against all odds in the industry.

Though, lately she has not been in the news over any story, but just few days, she unveiled a mansion, she just acquired and a lot of fans were surprised at her latest achievement.

They both maintain a very cordial relationship together, and have been achieving a lots together lately.

What about the delectable Wunmi Toriola who just opened her shop where she sells different things. She is doing exceptionally well in her business and also taking out time to feature in movies and living her life to the fullest.

Kiitan Bukola is also young, telented and very hardworking. Besides acting she runs a supermarket and few months ago, she acquired another exotic car, but before then she unveiled the latest the house she acquired.

What about Yinka Solomon, the dark pretty lady is also about the happening babes in the Yoruba movie industry.

She is among the young landladies in the industry and living life to the fullest.

The ever pretty actress, Yetunde Barnabas who also happen to be an ex-beauty queen. She got married few days ago to her long time footballer boyfriend. She started her acting career from the English movie industry. One can’t talk about wave making and successful young Yoruba actresses in the industry and her name will not make the list.

Multiple award winning actress, Adebimpe Mo is another young and fantastic actress in the industry. She is so gifted that producers always desire to feature her in lots of blockbuster movies. She also makes big money from endorsement deals from lots of brands.

Seliat Adebowale is one pretty and classy young Yoruba actress in the industry. She got married few months ago to her heartbeat. She is beautiful, talented, humble and doing well in the industry.

The multiple award and highly talented, Jumoke Odetola is a young and hardworking actress making waves both in English and Yoruba movie industry. She recently premiered her latest movie which was witnessed by lots of dignitaries in the society.

Jumoke has a lot of big brand supporting her brand and she is not leaving any stone unturned to get everything right and also making huge success out of it.

What about the very popular Nkechi Blessing, lot of people tag her controversial actress but all the same, one can’t take the fact that she is making huge success out of her career and also running a successful business. Take it or leave it, she is indeed cashing out real big in the movie industry.

Tawa Ajisefini might not be based in Nigeria for now, as she is currently in the U.S. with her husband, despite the distance, she is still very relevant in the industry especially on social media. She is always involved and sharing different skits. She is also a brand influencer who is doing exceptionally well for herself.

Just few months ago, she surprised her mum in Nigeria with a brand new car on her birthday.

The black and pretty Adekemi Taofeek, the CEO of Mag Divas Clothing Line is among the wave making young actresses in the industry. She is a lane minder who minds her business squarely in the industry.

But at the same time has excelled as an actress, producer and enterpreneur.

She produce movies back to back and make huge success from it.

The very pretty Peju Johnson is another talented actress in the industry. One can’t help but admire this young and pretty actress. She is among the few young actresses in the Yoruba movie industry, who rides in the state of the heart cars.

Just few months ago, she acquired Venza, and she is sure living the baby girl life style in the industry.

Joke Ajadi is an actress, producer and entrepreneur making waves in both English and Yoruba movies. She is also the CEO of Jokswine and Lounge. She is very good at what she does and rated among the wave making divas in the industry.

The very beautiful, Adenike Hamzat popularly known as Nike Hamzat is one of the young wave making actresses in the industry. She is also a model who has carved a niche for herself in the movie industry with her tenacity coupled with her brand, talent and skills.

What about Aisha Ibrahim, a beautiful and talented actress in the industry who is blessed with gorgeous looks that turns head at any time.

She is a graduate of Theatre Arts from Lagos State University.

Kemi Stone is among the wave making young star in the industry. She features both in the English and Yoruba movies and she is doing exceptional well for herself.

Tope Solaja is an award winning actress who has been in the industry for over a decade and has remained at the very top of her career. She is pretty and blessed with a flawless skin, and rated among the babes living life to the fullest in the industry.

Lets not forget the ever pretty Tonia Ferrari who is gifted with a figure to die for anyday.

Haleema Lawal is one of the very beautiful stars in the industry. She trained under Femi Adebayo J-15 School of Performing Arts. She is equally blessed with a figure to die for and pretty face.

READ ALSO: MEET ONE OF THE YOUNGEST PROPERTY PLAYERS IN LAGOS, OLOYEDE OPEYEMI

Meet One Of The Youngest Property Players In LAGOS, OLOYEDE OPEYEMI

Why We, The Youths Are Very Angry – Popular Comedian, Mr MACARONI

How My Herbalist Role Gave Me A...