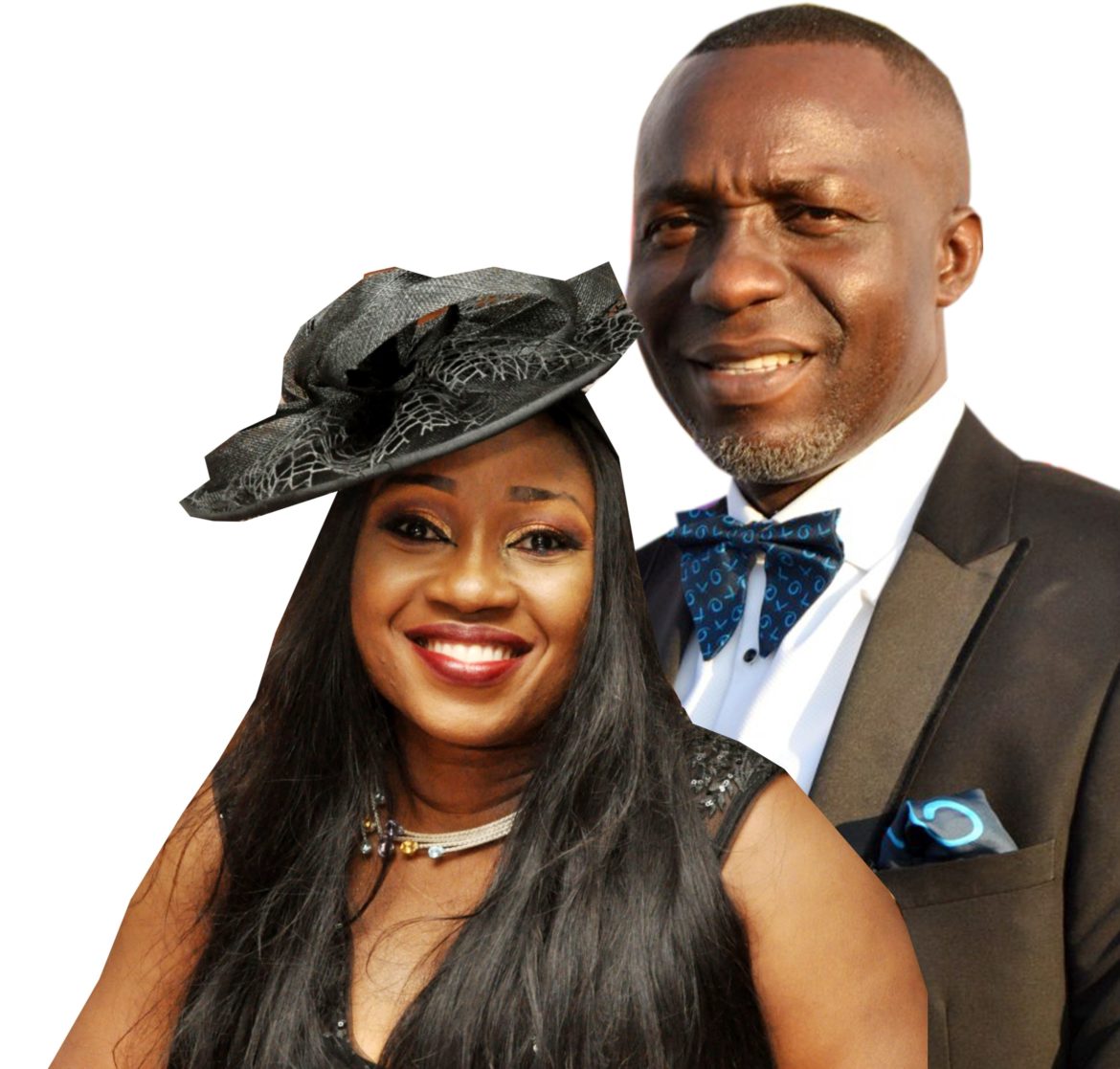 Sunday 14th February 2021 was a memorable day for popular Lagos Real Estate Merchant, Dr Bamidele and his amiable wife, Mrs. Tolulope Onalaja. It was memorable especially for Mrs. Tolulope whose birthday was on the 14th of February, Valentine’s day.

She has a lot to be thankful for as family, friends, staff of her Company, the RevolutionPlus Property Development Company celebrated her. A lot of celebrities also celebrated her as she clocked 41.

Let’s tell you about her! She’s the pretty wife of popular real estate mogul, Dr Bamidele Onalaja, who’s the GMD/CEO, RevolutionPlus Property, while his wife, Mrs Tolulope is the Group Executive Director. They co-run the company.

Oftentimes, Dr. Bamidele had said his wife is his brainbox and the strength behind his company. So, he always says he would do anything to make her happy and that nothing is too much for her. Despite the Covid-19 crisis, the pretty woman had a fantastic birthday celebration!

On the morning his wife turned 41, which is the 14th of February, 2021. Dr. Bamidele had surprised his priceless woman with so many gifts packed inside a box bag. The first gift he presented was the Latest Rolex wristwatch which cost a lot of money. He also gifted her a Vuitton Bag, a Gucci bag, a Balenciaga Bag, a WSL bag, a Tomsford bag, a roger perfume and more than other 5 classy and expensive perfumes. He also got her a lot of bracelets. He presented her with the latest C-fold Samsung Galaxy which cost about a million. All these gifts cost several millions of naira.

He also got her a new Range Rover Vela car, 2020 model which cost about 60 million naira. The celebrator broke down in tears of joy for all the gifts and love from her husband. As if that wasn’t enough, the first person to serenade the wife on her birthday as a surprise in her Lekki home was a popular gospel singer, Tope Alabi. The respected gospel singer came around in the morning to say happy birthday and also gave her a special treatment with her melodious songs.

Don’t forget this happened on Sunday! Shortly after the paparazzi, the celebrant and hubby went to their church in Lekki, Christ Embassy, Lekki branch to thank God for His goodness. Later in the day, close friends and family gathered at Leisure Seaview Park, beside Marcopolo Restaurant, Lekki Phase1.

The get-together party kicked off around 4 pm with a few of her friends and relatives. Popular live Band, Luli was on stage and a popular stand-up comedian, Ajebo, was the compere. Some of the high-profile personalities at the occasion include the popular Nollywood actress, Toyin Abraham, Pastor Abiodun and wife, and many other guests. The celebrant sure enjoyed her day as she dazzled in an expensive red gown.

Let’s also tell you that, the celebrant and her husband took the celebration to another level the following day, which was 15th Monday. That was the day over 600 widows were empowered under the Chris Bamidele Onalaja Foundation (CBOF).

According to the celebrant, she said: “There were lots of widows here today: we have widows that we have empowered with sewing machines. We have empowered some with hairdryers. We are also giving out cash to widows who have gone through our training on soap making and sobo. We will give them 50 thousand naira each for them to startup. We have also given out grinding machines to some sets.

We are going to be doing this quarterly. Why the need for widows every year?

At Chris Bamidele Empowerment Foundation, we have areas of concentration which widow is one of them. We have an education where we give out scholarships to students. We have a different focus but the widow is one of our areas, Mrs Tolulope Onalaja.

She explains further why this year’s birthday was bigger. “Actually, I have been away for a while but my team has been working on planning this year’s birthday. Usually, my birthday is an avenue to reach out and to give back. You were there last year when I celebrated my 40th and I reached out to 40 widows. If you remember then that I said something that day, that my next target would be 1 thousand. I will empower 1 thousand widows this year and that would come up on Monday 15; a day after my birthday. I would do this in a way that what I would be giving can set them up for a course. I would be giving out grinding machines. We have hair driers, sewing machines. We also have a group that has learned how to make soaps. We also have another group that has learnt how to make drinks. All that I have mentioned have been supplied and distributed already. Some have already been given sewing machines to sew. We would be having 600 widows this year and 150 widows per quarter. We couldn’t match them because of the pandemic and this why we had to split it.

The Success Secrets Of City People At 25 – Publisher/Editor-In-Chief, SEYE KEHINDE