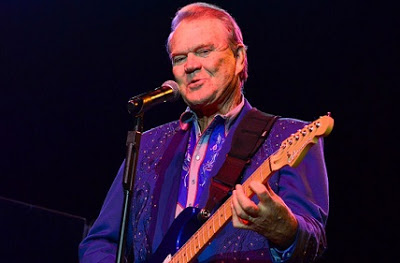 Campbell died Tuesday around 10 AM in a Nashville facility for Alzheimer’s patients  according to a source close to his family.

The musician released more than 70 albums over a 50-year career, and had a series of hits in the ’60s and ’70s including “Gentle on My Mind,” “Wichita Lineman,” “Galveston,” “Country Boy” and his best-selling single, “Rhinestone Cowboy.”

Glen made history in 1967 by winning 4 Grammys in the country and pop categories, and took home CMA’s Entertainer of the Year award in 1968