RIFAN to produce 180,000 tonnes of rice from Bayelsa 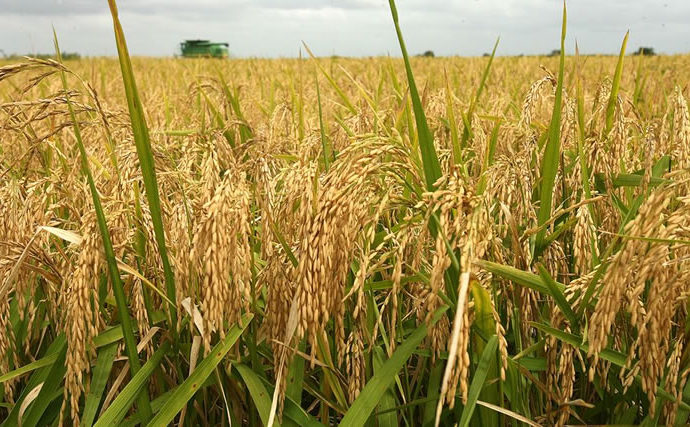 The Rice Farmers Association of Nigeria (RIFAN), Bayelsa chapter on Saturday, said it would produce no fewer than 180, 000 tonnes of rice from Ayamasa and Ofoni communities in the state annually.

The Chairman of RIFAN, Mr Ezekiel Ogbianko, stated this in Ofoni, Sagbama Local Government Area of Bayelsa, that the association had acquired 10, 000 hectares of land in the areas.

Ayamasa, Ekeremor Local Government Area and Ofoni are known as Agrarian communities in Bayelsa, especially in fish farming and other crops like corn, okro, among others.

“They have also given us the Power of Attorney to enable us cultivate the lands.

“The communities have agreed to partner with us in ensuring that the project is achievable.

“We have concluded plans to flag-off the plantation. The project will last for 50 years and I believe it will impact positively on the communities.

“From the two lands, we are targeting about 180, 000 tonnes of rice annually, because we will be having three crop seasons in a year,” Ogbianko said.

A Chief in Ofoni Community, Mr Stephen Ovayebewho, who prayed for a successful rice farming season, described the project as a welcome development.

Ovayebewho tasked the youth on peaceful conduct to enable the project succeed as well as to drive more meaningful developments for the people.

Mr Orieware Enikenemo, a Youth, who is the Chief Security in Ayamasa Community, said they were ready to embrace the development and pledged he would work hard to mobilise the youth.

“All of us here, small, young or old are mainly farmers because this is what we have been doing, especially fish farming. Now, agriculture has been modernised, so, we are saying yes to the project.