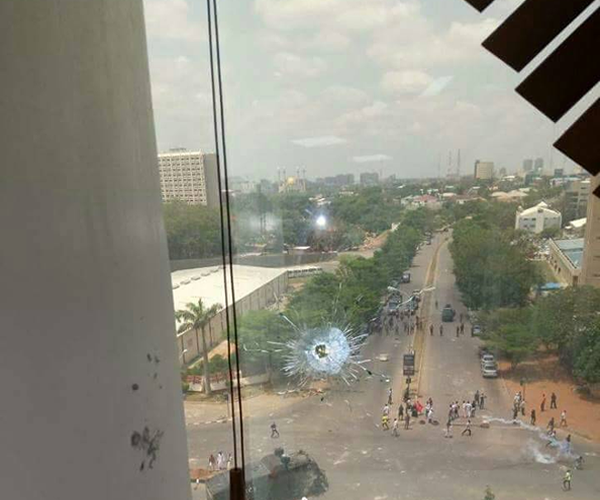 A renewed communal clash between the people of Ebom and Ebijakara, in Abi local government area of Cross River State has allegedly claimed over ten lives in the area.

The incident, which occurred in the early hours of (5 am) on Thursday also left about eighteen persons injured, with properties worth several millions of naira destroyed.

An eyewitness who gave his name as Ukorobi said skirmishes started on Thursday at about 5 a.m.

He said heavy and sophisticated weapons were used by both sides in the fight.

“The attack was launched by Ebijakara people and unless government takes the initiative of resetting this people, it will be difficult to stop these recurring conflicts in the area,” the eyewitness added.

“In December 2018, there was an incident like this where the palace of the traditional ruler of the place His Majesty, Solomon Osim Edward and the country home of his brother, Air Vice Marshal Eko Osim, retired, were allegedly razed,” our source hinted.

The Village Head of Usumutong, who is a paramount ruler of Abi local government area, His Royal Majesty (HRM) Oval Solomon Osim Edward told our correspondent on phone, Thursday, that the people of Ebijaghara have been here for long.

“The Ebijakara people have been out of the community for the past 13 years and we in Usumutong have been harbouring them and we have been restraining them from going out for war with their neighbours,” he said.

Cross River State Police Commissioner, Nkereuwem Akpan who confirmed the incident, said he was out of the state and did not have the figure of those killed so far.

He said, “I am not in the State but I am aware of the incident.”