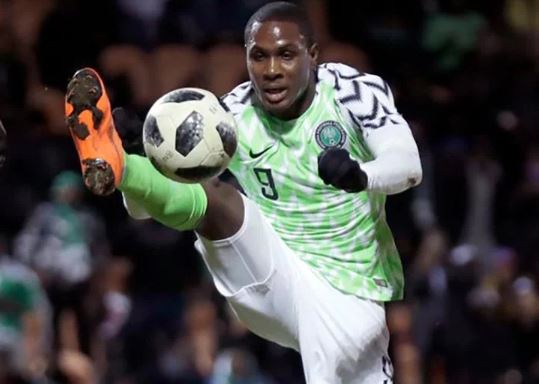 Barring any last minute change of mind, head coach of the Super Eagles, Gernot Rohr, will drop Odion Ighalo from the starting lineup in their next game against Iceland at the 2018 World Cup.

OwnGoalNigeria reports that Rohr was impressed by Kelechi Iheanacho, who came on in the second half and added pace and movement in attack.

Ighalo played for 75 minutes in Nigeria’s 2-0 loss to Croatia in the opening game last Saturday.

The Chanchung Yatai forward struggled to make an impact in the match and blamed the formation for his poor display afterwards.

Rohr believes Iheanacho’s movement could come handy against Icela‎nd, who are expected to sit deep