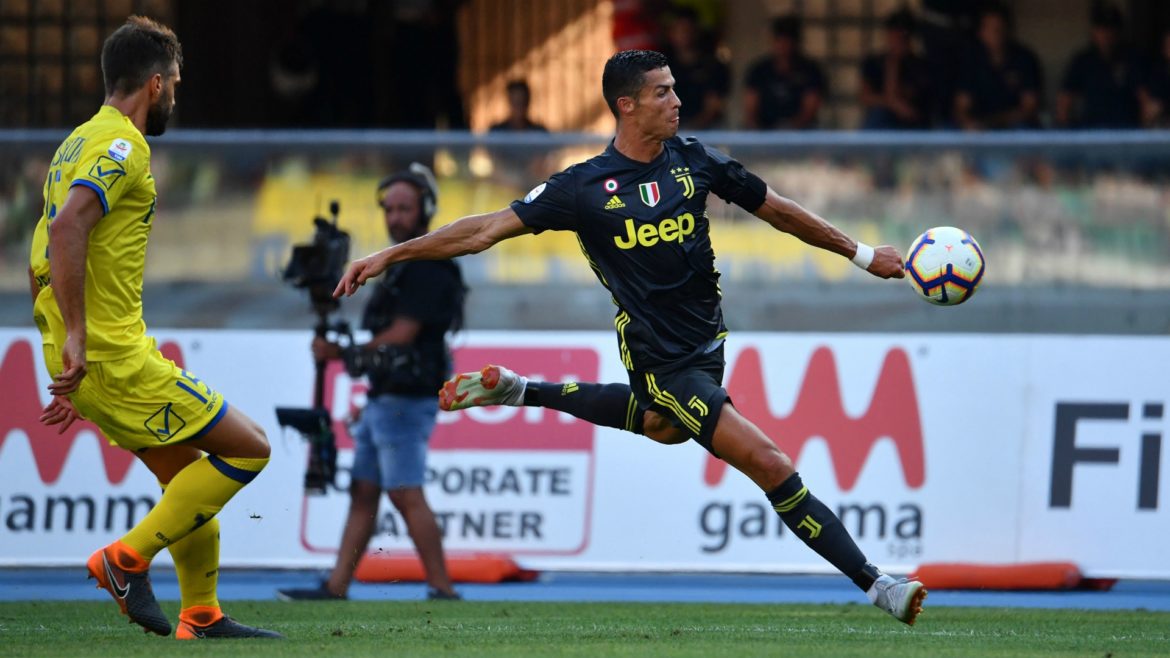 Portugal international Cristiano Ronaldo has taken his fame beyond the reach of any other opposition after setting a new record in the Italian Serie A during his deut game for Juventus in a 3-2 thrashing of Chievo.

The game itself broke records. Sky Italia’s coverage show a 68 per cent increase on the numbers for last season’s opening game between Juventus and Cagliari.

According to Gazzetta dello Sport, via Football Italia, 2,330,234 unique viewers tuned in to see the £105million man in action.

That makes Ronaldo’s debut the fourth-highest viewed programme on the channel ever.

Only two Juventus vs Inter Milan match – and Roma’s visit to the Old Lady – have ever beaten it.

Los Blancos and Barcelona’s attendances hit a worrying low last weekend for the opening round of La Liga fixtures.

Los Blancos’ poor turnout was immediately attributed to the loss of Ronaldo this summer – but this has been a trend for some time.

Both clubs have hit the nadir for home attendances in their La Liga opener over the last decade.

Marca claim the previous low for Barcelona was last season when 56,480 turned out, whilst Real’s worst was two seasons ago when 61,568 attended.

A worse Madrid attendance full stop can only be found in the penultimate weekend of the 2008/09 season when 44,270 took in the meaningless clash with Mallorca after Barcelona had already clinched the title.

And that was of course, before Ronaldo signed.

Ronaldo’s debut may have broken records in Italy, but it was a slightly different story in the UK.

Eleven Sports hold the rights to the game after Ronaldo’s blockbuster move to Turin from Real Madrid.