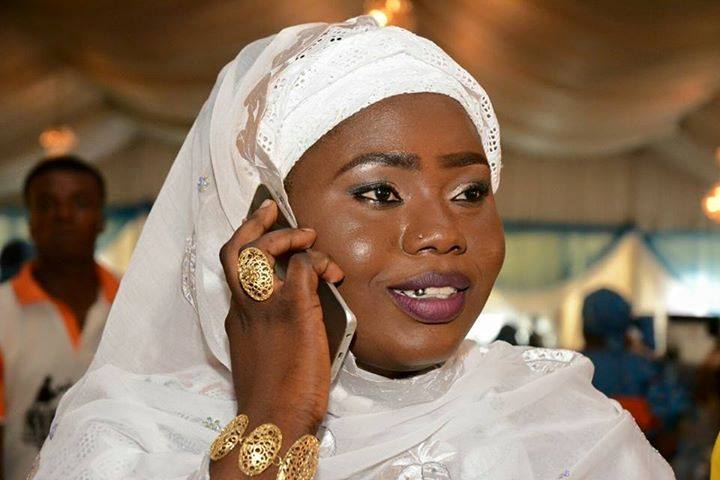 It was a mixed grill of nervous expectations at the 2017 edition of the City People Music Award, when sensational Islamic gospel singer, Alhaja Rukayat Gawat-Oyefeso beat other top Islamic musicians to clinch the Best Islamic Artiste of the Year award.

The popular award is coming back-to-back from the last one she won in 2016 when she was also crowned as the Best Female Islamic Musician by the City People Magazine.

Gawat, who became very famous after Ogbe Okan, produced about four years ago was described as the new face of the Islamic music by the Publisher of City People Seye Kehinde. He said: “We decided to merge both the male and the female categories together this year and we were also very surprised that Alhaja Rukayat Gawat won, very fairly. We discovered that she is now the most popular and also the most accepted among all her colleagues. Her albums and other collaborations are also doing very well in the market, according to our studies. So, it is with pride that we are giving her this award again this year for the second time in a row. She won for the female category last year and she is winning for both the male and the female categories this year”

While thanking the Management of City People Magazine after the award, Gawat said: “I am very humbled by this award. I give glory to the Almighty Allah who made it possible for me to be alive to be this decorated. I dedicate the award to God and to my missing father, Alhaji Aremu Gawat. I also use this opportunity to thank my husband for giving me the chance to aggressively pursue what makes me happy and also to my marketer, Esan Sunday, Okiki Films for his investment and believe in my brand. This award is like a clarion call for me, never to rest on my oars. I promise my fans both in Nigeria and abroad to continue working assiduously towards making them happy.  The best is yet to come from me” she assured

Mother of two, Gawat is the daughter of popular TV personality, Alhaji Rasaq Gawat, who got missing five years ago. She attended Olabisi Onabanjo University and studied Mass Communications.

So far, she has produced more than six albums among them are: Aye Le, My Father, Imole, Arinakore, Temitope and also a joint collaboration effort with other Islamic music artistes and Fuji musicians like Alao Jowujowu, Odun Ayo, Ogbe Okan, Eto Obirin, Agbokol’ori, Iyawo Obun, to mention a few.

She also has some outstanding finished jobs that are yet to be released. Some of them are  Oba Nla and Ijo Ope, Ododo Eye, Igbatiwa among others.

She is also currently in the studio working on her next album, entitled ‘My Time’, which will be launched on 19 November 2017 during an event tagged Imole Day 2017. The album is to be marketed by Okiki Films and Productions.