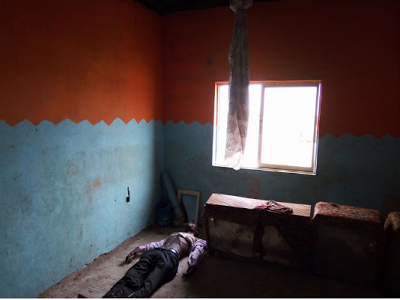 A man has allegedly committed suicide in Bayelsa state over family pressure. According to Facebook user, Michael Odiegwu, the incident happened on 30th March, 2017 at Vanguard street, off Imgbi Road, Yenagoa, Bayelsa state. He left behind his wife and six children.

“He is from Ekeremor Local Government Area, Bayelsa State. He just committed suicide early this morning on Vanguard Street off Imgbi Road, Yenagoa. He killed himself leaving behind his six children and his wife. He left no suicide note. But it was gathered he died out of frustration arising from family pressure. He simply used his bed sheet to hang himself in a vacant room of an uncompleted building.” The Facebook user wrote